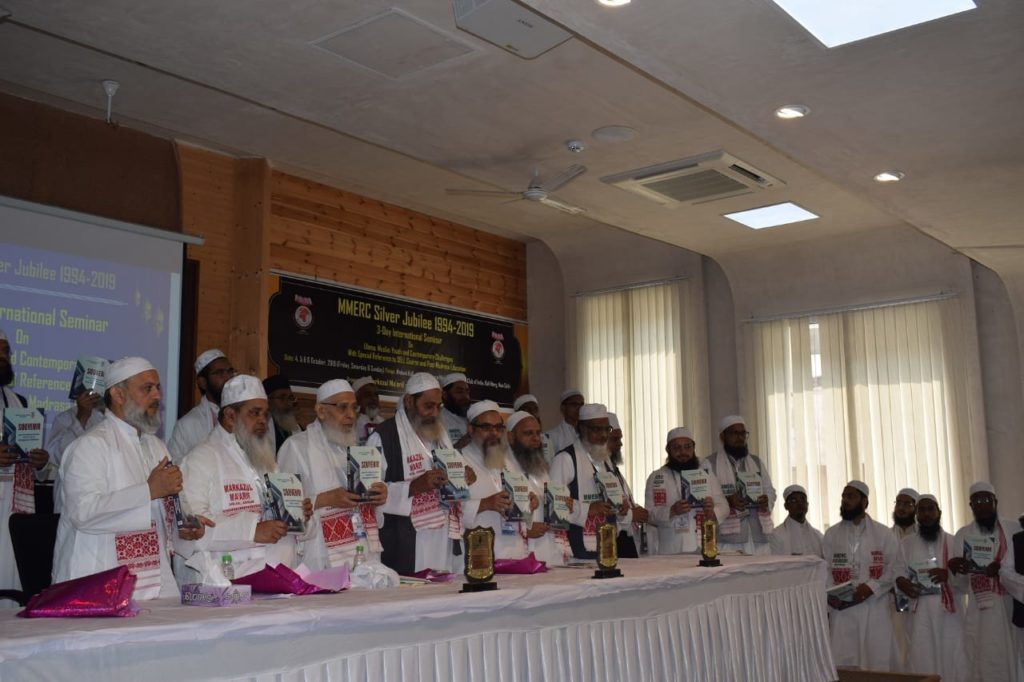 New Delhi (Press Release)
The alumni have come together to celebrate Silver Jubilee of Markazul Maarif Education and Research Centre in shape of a three-day Seminar on multifarious topics in Madani Hall of Jamiatul Ulama Hind. The founder Maulana Badruddin Ajmal opened the ceremony with the keynote address asserting that ‘The distinctive feature of MMERC is signified in its inalienable association with the Islamic seminaries envisioned to create balanced, honest, dedicated and intelligent individuals capable of transparent representation of Islam in order to introduce the true characteristics of the faith to unaware non-Muslims simultaneously address the misconceptions and misinterpretations. Alhamdulillah, we accomplished the target to some extent as we currently have a considerably large network of individuals making valuable contributions in the fields of research, journalism, translation, and various other arenas.’

Qari Usman Mansurpuri , the president of Jamiatul Ulama, Hind paid tribute to the endeavours of Maulana Ajmal calling ‘learning English’ as part of religious education. He said, ‘Equipping oneself with English language widens the field of Dawah as exemplified by dozens of MMERC alumni scattered through various countries serving Islam in manifold ways. This efforts deserves immense accolades as a part of our mission materialises through such selfless efforts of huge significance.

Chief Guest Maulana Syed Mahmood Asad Madni, General Secretary, JUH, paid his tribute to MMERC calling it ‘a step in tune with the time and environment’. He also said, “It developed a constructive skillset that visibly contributed to the cause of community. We harbour expectations of great future contributions as well”
Doctor Umar Gautam, the convenor of the seminar, gave the audience a tour through the history of MMERC and recounted how MMERC had never looked back as it kept attaining new heights by the day.

‘Souvenir’, the collected papers-to-be-presented was also launched along with the ‘MMERC Number’ of weekly Milli Baseerat and ‘Inqilabi Tehreeren’ by Maulana Muddassir Ahmad Qasmi, a teacher at MMERC. In addition to that, ‘Khabar dar Khabar’, a program on the history and milestones accomplished by MMERC by Shams Tabrez was also screened in the auditorium.

Founded in 1994, MMERC begun its journey to equip Madarsa graduates with the skillset of English language. It went on to expand the network and currently boasts of about 20 similar institutions. 25 years of its glorious existence is being academically celebrated in shape of 3-day seminar in Delhi consisting on three sessions of paper presentation on a variety of topics ranging from Muslim Youths to Madarsa Modernization and others. It will also feature a National Elocution Competition. it will also conduct a public meeting in the Constitution Club with the presence of leading scholars and leaders. 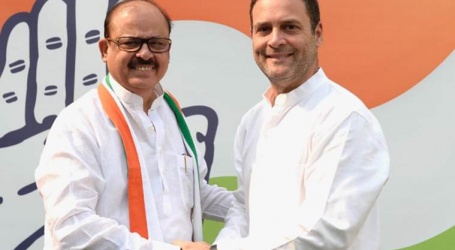