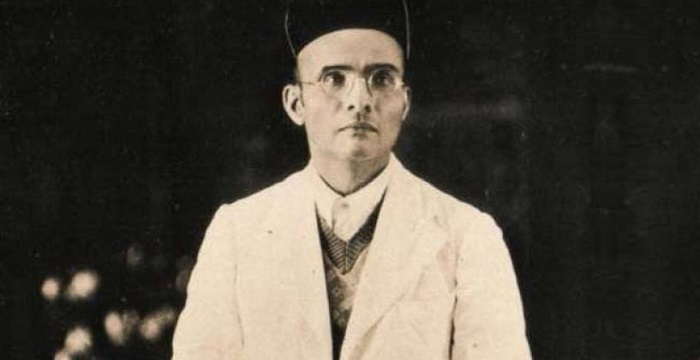 Whatever you may think of the BJP and its extended Parivar, they have a sordid sense of humour. At a time when India and the world are celebrating the 150th birth anniversary of Gandhi, the governing party has promised to confer the country’s highest civilian honour, Bharat Ratna, on his bitterest critic and the mastermind of his assassination.

Within days of singing paeans to Gandhi at various events, Prime Minister Modi, BJP chief Amit Shah and other BJP leaders have had the audacity to demand the Bharat Ratna for someone who plotted the Mahatma’s assassination. Indeed, Vinayak Damodar Savarkar, the leader of the Hindu Mahasabha was one of the eight people who were tried for the Gandhi killing. He, however, managed to escape the noose for “lack of corroborating evidence.”

Savarkar was arrested on February 5, 1948 – six days after Gandhi’s assassination – and was charged as a co-conspirator. On February 27, 1948, the then home minister Patel wrote to PM Nehru: “I have kept myself almost in daily touch with the progress of the investigation regarding Bapu’s assassination case. It was a fanatical wing of the Hindu Mahasabha – directly under Savarkar that [hatched] the conspiracy and saw it through” (Sardar Patel Correspondence 1945-50, Vol 6).

In 1965, the Jeevan Kapur Commission that probed the Gandhi assassination also concluded that there had been extensive interactions between Savarkar and Nathuram Godse, the man who gunned down the Mahatma on January 30, 1948 in Delhi, before the assassination.

The report noted, “All this shows that people who were subsequently involved in the murder of Mahatma Gandhi were all congregating sometime or the other at Savarkar Sadan and sometimes had long interviews with Savarkar. It is significant that Apte and Godse visited him both before the bomb was thrown and also before the murder was committed and on each occasion, they had long interviews. All the facts taken together were destructive of any theory other than the conspiracy to murder by Savarkar and his group.”

And this is the luminary the BJP and RSS are pitching as the new national hero and new ‘father of the nation’, if you will. Modi chose the just concluded electoral campaign for Maharashtra, the home state of Savarkar, to call for the nation’s highest honour for the man who has singlehandedly been responsible for painting India saffron and fanning hatred and violence against Muslims.

Speaking in Varanasi earlier this month, Home Minister Amit Shah claimed that it was “Savarkar who helped make the rebellion of 1857 historic.”

Shah said: “Had it not been for Savarkar, the rebellion of 1857 would not have become historic. We would have seen it from the point of view of Britishers. Savarkar was the one who named the 1857 rebellion as the first independence struggle.”

The BJP president accused the “Congress historians” of naming the First war of Independence as “Mutiny.”

The BJP chief is as usual conflating historical facts with fiction. For it was not the “Congress historians” but the British who termed 1857 as the Sepoy Mutiny.

By the way, is Shah and his boss aware that Muslims suffered the most and paid the highest price during the 1857 war for picking up arms against the British?

Thousands and thousands of Muslims were hanged outside the Red Fort in Delhi and elsewhere across the country. So much so that there was no one to take down the rotting corpses for days and weeks. Also, everyone knows what happened to the last Mughal emperor Bahadur Shah Zafar and his progeny.

As William Dalrymple writes in his new book, ‘The Anarchy’, while Hindu mahajans and marwaris were competing with each other to bankroll the East India Company and sell India cheap, it was the Muslims who were fighting the British, offering their lives and everything they had for the motherland, from Sirajod Daula’s Bengal to Bahadur Shah Zafar’s Delhi to Tipu Sultan’s Mysore.

I am not sure if Savarkar had been around and taken part in the 1857 war of independence. However, he was very much alive during the second freedom struggle – and he did everything to stay out of it.

Indeed, Savarkar bent over backwards to support and collaborate with the British until they left the country. When he was arrested in 1910 for his underground activities in London and sent to the Cellular Jail in the Andaman and Nicobar islands, he wrote a number of clemency petitions to the colonial masters, pathetically assuring them of his unflinching loyalty.

(By the way, this is the same infamous prison otherwise known as ‘Kala Paani’ that incarcerated hundreds, if not thousands, of Muslim freedom fighters, including many top ulema like Maulana Fazle Haq Khairabadi, Maulana Jafar Thanesari, Maulana Yahya Ali, Abdul Ghafoor, Elahi Buksh, Maulvi Ahmadullah and Maulana Abdur Rahim Sadiqpuri. Indeed, the first prisoner to be incarcerated at Kala Paani was a Muslim freedom fighter, Sher Ali. No one remembers these names in Modi’s ‘new India,’ of course.)

Savarkar was released in 1921 and chose a path of collaboration with the British and actively campaigned against the national freedom struggle then being waged. It was at the Cellular Jail that Savarkar wrote his pamphlet ‘Hindutva: Who is a Hindu?’ championing Hindutva supremacism. Expounding his philosophy of Hindu pride and what it means to be a Hindu, he defined all the people descended of Hindu culture as part of Hindutva, including Buddhists, Jains and Sikhs.

Of course, according to this worldview, Muslims and Christians are foreigners and ‘invaders’. As the head of the Hindu Mahasabha, the forebear of the RSS and BJP, Savarkar floated the idea of India as a Hindu Rashtra and opposed the Quit India movement in 1942, repeatedly expressing fealty to the British. He became a fierce critic of the Congress and its acceptance of Partition. He detested Gandhi’s talk of Hindu-Muslim amity and saw him as being ‘soft’ on Muslims and an impediment to his goal of Hindu Rashtra. It was this propagation of hate against Gandhi and his idea of an inclusive India that eventually led to his killing, less than six months after Independence.

If the BJP is today demanding the highest national honour for Savarkar, in the month and year of Gandhi’s 150th anniversary, it’s not just reflective of the utter brazenness of the Hindutva gang, it is also a sobering pointer to the sea change that India has undergone under Modi.

Of course, the BJP and RSS have every reason to be indebted to Savarkar. After all, it is his Hindutva philosophy, based on the ideas of European fascism and supremacism, and the violent mutation of a peace-loving, all-embracing religion that helped the BJP capture the reins of the world’s largest democracy. But for Savarkar, the BJP wouldn’t be in power today, ruling the length and breadth of this country of a billion people. Indeed, this is the age of Savarkar and Modi and company are the inheritors of his legacy. Savarkar’s dogma of hate has triumphed over Gandhi’s philosophy of love.

The irony of ironies, the Parivar has the audacity to own and claim both Gandhi and his assassins. But in this ideological struggle for India’s future, nay, its very existence, you can either be on the side of Gandhi or Savarkar. You cannot have it both ways.

This Article first appeared in International “The News” on October 26, 2019 under the title ‘ India in the age of Savarkar.

The writer is an independent writer, former editor and a Middle East-based columnist. He can be reached at Aijaz.syed@hotmail.com 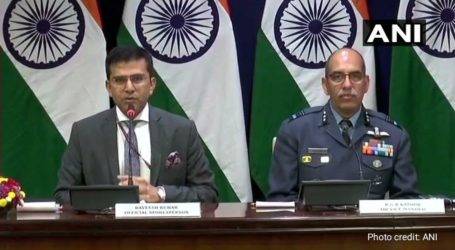 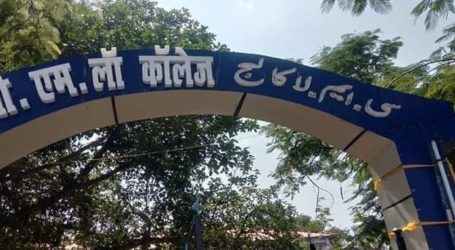