Home Islam The Character Of The Prophet Muhammad (SAWS) 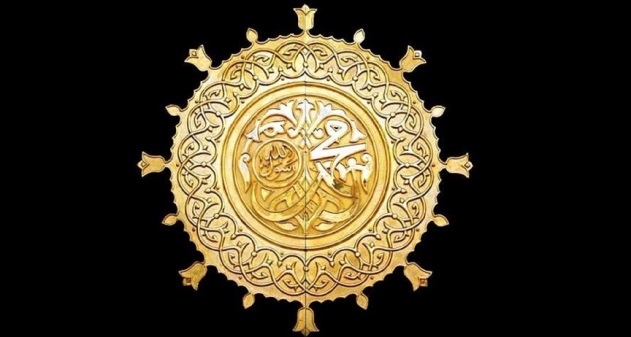 Good character of a man is the measure of his being modest, polite, courteous and faithful. A man may be rich having treasure of gold and silver but this never makes him a polite and gentle man. It is his manners which hold him in the highest crest of the honour and reverence.

The Holy Prophet MUHAMMAD (SAWS) was in the highest level of good conduct and moral had ever been in this world. He used to pray to Allah Almighty to grant him good morals and high level to deal with the people. He asked Allah Almighty to adorn him with good character and conduct. He used to say in his invocation: “O Allah, make my constitution and conduct good. He used to pray: O Allah, save me from bad character and conduct.( Al-Dua Lil Tabrani:1386) Allah almighty accepted his prayer and molded him in to the attractive conduct and moral behavior. It was the first object of Allah to teach the Prophet MUHAMMAD (SAWS) good qualities. The holy Qur’an says: ‘‘It was by mercy from Allah that you were lenient with them O MUHAMMAD (SAWS) and if you had been rude (in speech) and harsh in heart, they would have dispersed from round about you.” (Qur’an: 3: 159) This verse speaks about the kindheartedness of the prophet MUHAMMAD (SAWS) and also cites the proof that they would have dispersed from round about him if he had been stern and hardhearted. The Qur’an is quite clear on the aspect of his character. It says: Nay verily you stand on an exalted standard of character. (Qur’an, 68:4). The Prophet (SAWS) himself said: I have been sent to complete good conduct. (Sharh Al-Sunnah lil Baghvi:3622). It means all good characters are gathered around him.

Prophet’s morals’ in the Qur’an

Hazrat Sa’ad (RA) reported: Once I went to Hazrat Ayesha (RZ) and asked her about the character and conduct of the Holy Prophet (SAWS). She replied: Don’t you read the Quran? I said: Yes. She said: The character of the Messenger of Allah is the Quran. (Musnad Ahmad: 24601). This refers to the fact that the prophet (SAWS) was a running commentary of what one finds written in the Holy Qur’an.

Hadhrat Hasan (RA) says: My younger brother Hadhrat Hussain said: “I asked my father Hadhrat Ali (RA) about the conduct of the messenger of Allah in his assemblies’ He replied: ‘The messenger of Allah was always happy and easy mannered. There was always a smile and a sign of happiness on his blessed face. He was soft-natured and when the people needed his approval, he easily gave consent. He did not speak in a harsh tone nor was he stone-hearted. He did not scream while speaking, nor was he rude or spoke rudely. He did not seek other’s faults. He never over-praised anything nor exceeded in joking, nor was he a miser. He kept away from undesirable language and did not make as if he did not hear anything. If he did not agree with the next person’s wish he did not make that person feel disheartened, nor did he promise anything to that person. He completely kept himself away from three things: from arguments, pride and senseless utterances. He prohibited people from three things. He did not disgrace or insult anyone, nor look for the faults of others, he only spoke that from which thawaab and reward was granted……..He would say: ‘When you see a person in need, then always ‘help that person’. (If someone praised him, he would detest it). If someone, by way of thanks praised him, he would remain silent, (because it is necessary that one ‘thank a person for good favour or good deed. It is like one fulfilling one’s duty. Some of the ‘ulama have translated this as: ‘If one did not exceed in praising him, he would keep silent’. That means if he exceeded he would prohibit him). He did not interrupt someone talking and did not begin speaking when someone else was busy speaking. If one exceeded the limits he would stop him or would get up and leave the assembly (so that that person would stop)”(Shamail Tirmizi: 352)

He used to speak the truth even he was called as Al- Ameen, the trustworthy one and Al-Sadique, the truthful one, by the Non-Muslims of Arabia. He used to call the people, high or low, towards Allah. It was narrated by Anas bin Malik that he said: “Whenever the Prophet (SAWS) met a man, he would speak to him, and would not turn away until he (the other man) turned away. And if he shook hands with him, he would not withdraw his hand until he (the other man) withdrew his hand. And he was never seen sitting with his knees ahead of the knees of the one who was sitting next to him. (Ibne Majah:3716) Another trait of his character is that he used to salute at first one whom he met with; even he used to salute the children. (Saheeh Muslim: 2168).

The prophet (SAWS) with his companions

There was nothing supremacy between the prophet and his companions. He used to sit with his companions like an ordinary man. Whenever any stranger came to meet him, at first he could not recognize him till he was introduced to him. His companions used not to stand up knowing them of dislike of the prophet (SAWS). (Sunan Tirmizi: 2754)

He was so kind to his companions and servants and loved them too much. Hazrat Anas (RA) said: By One who sent him as a Holy Prophet (SAWS), I served him 10 years, during this decade he never said to me: “Why have you done this or why have you not done this? (Saheeh Muslim: 2309)

He used to sit with the poor and the destitute, eat with them, honour those possessing honour, and advise them to do good deeds and show kindness to the relatives. He did not treat harshly with anybody and accepted excuse offered to him. He used at times to cut jokes without falsehood and not burst into laughter. He did not hate the poor for their poverty, not fear the kings for their mighty power.

In spite of the high position of the Holy Prophet (SAWS), he was the most humble and modest without pride and his tongue was most eloquent without prolongation of his speech. Hazrat Ibn Umer (RA) reported: I saw the Holy Prophet (SAWS) throwing stones at Jamrah riding on a camel. There was no assault in it, no driving out and no saying: Go aside, go aside. He sat on a sheet of cloth on the back of a mule and took someone behind him. (Sunan Tirmizi: 903). He used not to take food leaning against a pillow or upon a high table. He used to say: I shall take a meal like the eating of a slave and sit like the sitting of a slave. (Musnad Abu Ya’laa, 8/318). He used to accept invitations of marriage to attend the sick and the diseased and attend the funerals. He accepted the invitation of slaves and free men, widows and poor men. He accepted the presentation of even a cup of milk. The prophet (SAWS) being a king of Arabia used to repair his shoes, join his wives in their labours. Hadhrat Amrah (RA) reports that someone asked ‘Aaysha (RA) “What was the usual practice of the messenger of Allah at home?” She replied: “He was a human like other humans. He himself removed the lice from his clothing, milked his goats, and did all his work himself. (Saheeh Adabul Mufrad:1/204).

One of the Prophet’s most honourable attributes was his extreme tolerance not only with Muslims but with non-Muslims as wall. He was the most patient among men, and one who pardoned the most. The polytheists showed him hatred and animosity but that made him kinder and more merciful. If anybody abused him he used to forgive him and showed him kindness. Moreover, he used to pray for his betterment in the world and in the hereafter. When he was asked once to curse a particular person or an unbeliever, he did not curse him but on the contrary prayed for his welfare. Once when he was in the battlefield, he was asked: O Messenger of Allah, it would have been better if you had cursed them. He said: Allah sent me as a mercy and not as a great curser. (Saheeh Muslim: 2599).

Hadhrat Aysha said: He never beat anybody with his own hand except in the way of Allah, even he did not beat any servant or any woman; moreover He did not take any revenge for his personal wrongs but he used to take it for preservation of the honour of Allah. (Saheeh Bukhari: 3560, Saheeh Muslim:2328).

A woman mixed poison in his food

A Jew enchanted him

Once a Jew enchanted on the Holy Prophet (SAWS) intending to kill him. Hazrat Jibrail (AS) gave this information to him. He took out the enchanted thing and came round, but took no revenge against the Jew.(Saheeh Bukhari:5763)
Testimony of enemies about his character.

Such character of a human is indeed a criterion of his being an apostle of God. Mr. S. P. Scott writes in, History of the Moorish Empire in Europe, p. 126: Volume: 1: ‘If the object of religion be the inculcation of morals, the diminution of evil, the promotion of human happiness, the expansion of the human intellect, if the performance of good works will avail in the great day when mankind shall be summoned to its final reckoning it is neither irreverent nor unreasonable to admit that Muhammad was indeed an apostle of God’’. However, his superb, splendid and beautiful characters are likely to be equipped with as well.

The writer is an Islamic Scholar and a graduate of Darul Uloom Deoband (World’s largest Islamic seminary). He can be reached at mdfaiyazqzasmi@gmail.com