Home National AISA protested outside MHRD to demanding probe into the suicide of Fathima... 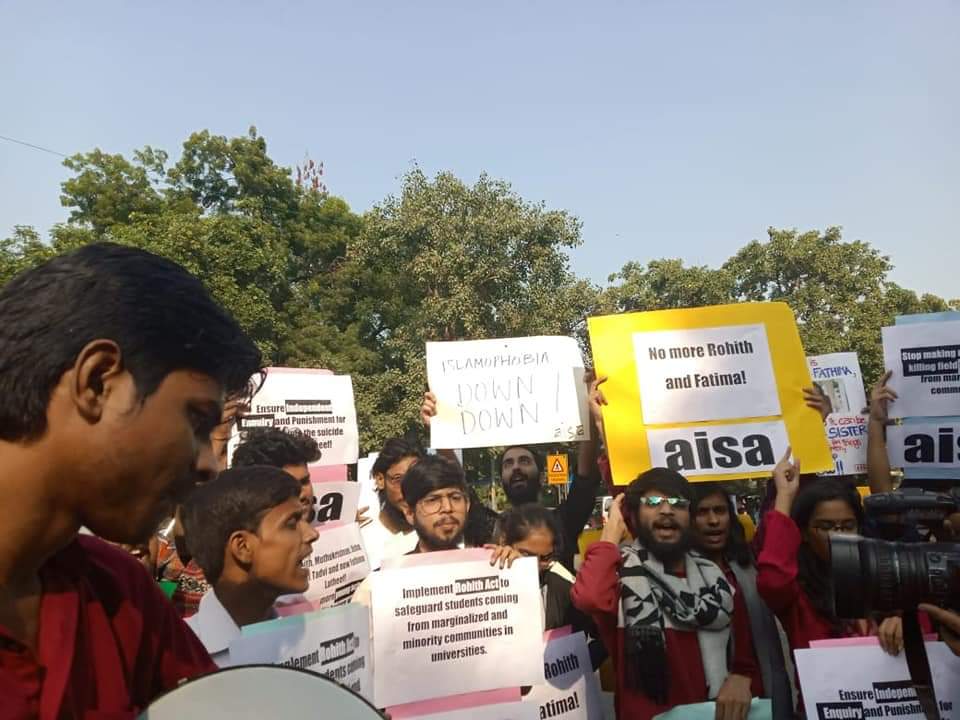 Fathima Latheef, a first year student in Department of Humanities and Social Sciences of IIT-Madras committed suicide last week. In her suicide note she had blamed university professors and students for torture and harassment. Her parents have also iterated that she faced casteist and religious discrimination in the campus for belonging to the Muslim community. It must be noted that Fathima was a bright student who had emerged first in her entrance-test. Her parents says that the disgust to see a Muslim name topping every test led to her facing constant torture and harassment at the hands of her professors.

AISA asked how many more young scholars will have to die before we realise it is too much? AISA Demanded Independent Enquiry and Punishment for the guilty into the suicide of 19-Year-old Fathima Latheef.

AISA demands Thorat Committee recommendations to be implemented in every campus to safeguard the students coming from marginalized and minority communities in the universities.