South Karimganj: Imagine if your party manages to win, with sizeable margins, all five assembly seats in an area where there is no limit on the kind of development that can be delivered. Imagine a situation where voters of the entire constituency, across religions and caste, showed faith in you and believed you would make their respective areas a better place to live.

Now, stop imagining: this is precisely what the voters of the five constituencies of Karimganj district—Rathbari, Karimganj North, Karimganj South, Patharkandi and Badarpur—gave to the Congress in 2011.

Five years later, when the Congress leadership in the area are left with asking people to vote for them because the central government led by the BJP failed to deposit Rs15 lakh in every citizen’s account, you know the Congress is treading a thin line. No wonder, then, that the BJP and the AIUDF smell blood, and for good reasons.

An ITI centre, a railway line that has yet to take off in half the constituency, a road system that is virtually non-existent in large parts, and a crumbling health system where people find it difficult to avail even the basic medicines: the Congress promised much and has delivered little, a fact that has not gone unnoticed among its citizens. “After more than15 years, if they are saying that an ITI centre is the best that they can do, then how long will they take for us to see engineering or a medical college of repute? Why should minorities aim only to get employed via ITIs. Is that all we can aim for,” asked Shoaib Khan, a 20-year-old unemployed from the Badarpur constituency. He said he would consider voting for the AIUDF because “The AIUDF will work for the minorities and the poor in this area as they are its core voters.”

Why AIUDF and BJP believe they can win

It is no wonder that a party that has been in power for 17 years is bound to face a strong wave of anti-incumbency and what is happening in Karimganj is no different. The district, a minority concentrated district, has seen power change hands regularly among different parties and even the current MP of Karimganj is from AIUDF. However, if this was meant as an indication to the Congress to work harder, the party seems to have missed the trick. People mostly expressed disappointment at the work of the existing MLAs, alleging that any work that has happened has been to ensure that the Congress party members are kept happy. “In Badarpur, if you notice, the inner lanes are in a better position than the bypass. This is not a bad thing, but the problem is, even that contract went to a Congress voter,” says Abdul Salim, a pan-shop owner from Karimganj South. “To get your work done, you have to be working for them,” he added. When asked if he could prove that the Congress gave contracts to its own members, his simple answer was, “ask anyone”.

But beyond blame games lies a larger story. Unlike other parts of Asaam, Karimganj does not rely heavily on agriculture and in fact, just a little over one-third of its population is directly involved in farming. Most jobs, or at least the ones that still remain, exist in the small industries that dot the district: cold storage, wire netting, brick kilns and bamboo products.

However, this is not turning out to be enough for the people and over the past two years things got worse for the youth in this area: the Congress had initially said that clearing the Teacher Eligibility Test would guarantee a job, only to later back track and say that the Test meant that a person was merely ‘qualified’ to teach, not be guaranteed of a job. When the people who qualified in the Tests protested in Guwahati, they were lathicharged. “The people in our area (North Karimganj) put our faith in Congress even though the BJP leader Mission Ranjan Das had won on a couple of occasions in the past and had done some work. I shifted to Congress because I thought that their candidate, Kamalakhya Dey Purkayastha, because I believed he would work better,” said Tapan Das, a school teacher. “However, I regret my decision and will vote for Mission Ranjan (BJP) this time. With Modi at the centre, I believe it is right to give mandate to BJP for a strong government,” he added.

However, while this might sound like music to the BJP’s ears, it is unlikely that they are guaranteed their seat. Even if the anti-Congress wave in North Karimganj turns out to be true, it is unlikely that the BJP will surf alone; the AIUDF can see its chance too. On March 31, in a show of strength, the party organized a massive rally in Badarpur, attended by the Party supremo Badruddin Ajmal and the JD(U) President Sharad Yadav. A crowd of about 10,000 heard Ajmal and Yadav talk about how voting for the BJP or the Congress would potentially endanger the communal harmony in the region.

Among the five seats, the AIUDF’s strongest chance seems to be in South Karimganj, which has created a record of sorts by having the maximum number of candidates in the fray-25. Given the demographics of South Karimganj, it is unlikely that the BJP will be able to challenge the top two contestants-sitting MLA Siddique Ahmed of the Congress and Abdul Aziz Khan of AIUDF. However, in Sipra Goon, the BJP has put up a face familiar to the local people as Goon has contested, and lost, from the same constituency in the past.

The one dampener for the Congress and the AIUDF, and thereby the only ray of hope for the BJP in this area, is that of the25 candidates from this area, 23 are Muslims, which is likely to cut the share that the Congress and the AIUDF might have received. For Goon, her vote from the Hindus is almost guaranteed, but is unlikely to prove to be enough. A senior leader of AIUDF, who wished to remain anonymous while speaking to Twocircles.net, said that the party was almost sure of a minimum of two seats from the Karimganj area–South Karimganj and Badarpur—while it expects a good fight in the remaining three seats. “One thing is sure: there is no way the Congress will retain all the five seats,” he said, before conceding that there was a good chance that the North Karimganj seat might go the BJP’s way. Irrespective of how Karimganj votes, it is clear that the den of Congress is most likely to be breached. 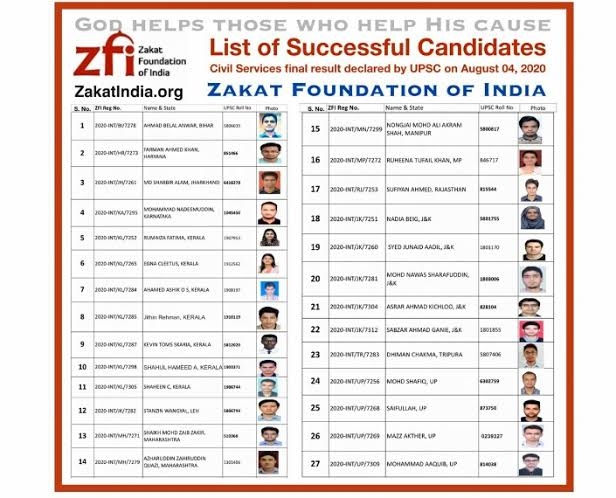