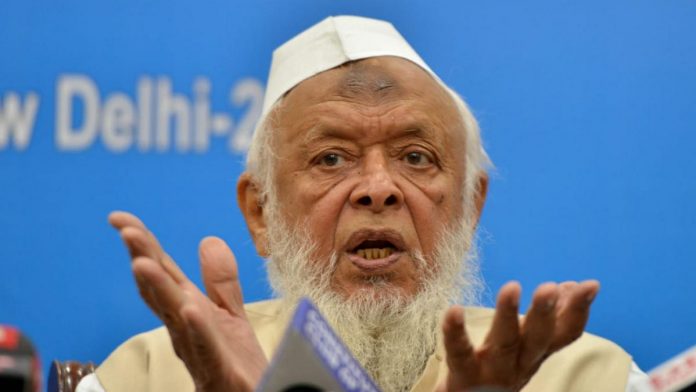 On 14 November, the Working Committee of Jamiat Ulama-i-Hind had formed a five-member expert panel of legal expersts and Ulama (religious scholars) to look into every aspect of the November 9 Supreme Court Verdict on Babri Masjid, which had decided, on 17 November, to file a review petition after consulting with lawyers and experts. The draft of Review petition against Supreme Court Verdict on Babri masjid is ready and Jamiat Ulama-i-Hind would file petition soon.

The panel under the chairmanship of Jamiat President Maulana Arshad Madani has deeply gone into the prospects of a review petition challenging the apex court verdict. The expert panel observed that the judgment was against the Babri masjid and it was not a final judgment as the option of reviewing is available under the Constitution of India. The panel found that in its more than 1000-page judgment, the 5- member apex court bench under the Chief Justice of India has accepted the most of the evidence and arguments given in favour of Babri masjid. While the legal option is available, there is also Shariah obligation to defend the masjid till the last breath, the expert panel added.

Replying to a question, Maulana Arshad Madani said that the purpose of filing Review petition by Jamiat Ulama-i-Hind is not to disrupt the country’s national solidarity and law and order, but using the privileges provided in the law, a review request is being made regarding the decision of the five-member constitutional bench. Because the country’s millions including Hindu, Muslim, Sikh, Christians and legal experts are taking this decision beyond their understanding.