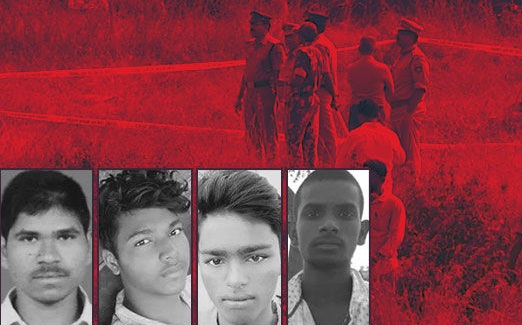 Most mainstream political leaders and eminent jurists quickly said in response to the encounter with different amount of wariness and celebration, while many civil society groups and prominent lawyers condemned the police action that came ahead of a trial for the four accused. While some said that the police made a mockery of the Indian criminal justice system by killing the four, many others viewed the encounter as legitimising mobocracy.

Chief Justice of India S A Bobde said “Justice is never ought to be instant. Justice must never ever take the form of revenge. I believe justice loses its character when it becomes revenge. There is a need in the judiciary to invoke self-correcting measures but whether or not they should be publicised is a matter of debate”.

Vrinda Grover, a human rights lawyer, said on NDTV, “This is absolutely unacceptable. We don’t want this form of trigger happy justice. There must be an independent judicial enquiry into this ‘encounter’. There must be accountability of the police.”

Karuna Nundy, a senior Supreme Court lawyer said in a series of tweets: “Now nobody will ever know if the four men killed by the police were innocent men, arrested fast to show action. And whether four of the most brutal rapists roam free, to rape and kill more women.”

Markanday Katju, ex-judge Supreme Court of India “The truth is that such ‘encounters’ are in fact no encounters at all but cold-blooded murders by the police. Article 21 of the Constitution states, No person will be deprived of his life or personal liberty except in accordance with the procedure established by law “he said in several tweets.

Delhi Chief Minister Arvind Kejriwal said, “The rape cases that have come to light of late, people are in anger whether it is Unnao or Hyderabad, so people are expressing happiness over the encounter. It is also something to be worried about, the way people have lost their faith in the criminal justice system. Together all the governments will have to take action on how to strengthen the criminal justice system.”

Justice Pasha, ex-Kerala High Court judge, said, “I cannot call it an encounter. I feel these are cold-blooded murders. Even though it is the will of the people, the police ought not to have done it.

Former Union home minister and Congress leader P Chidambaram said on Friday that a “thorough inquiry” should be made into the killing of the four people, accused in the Hyderabad rape-murder case.