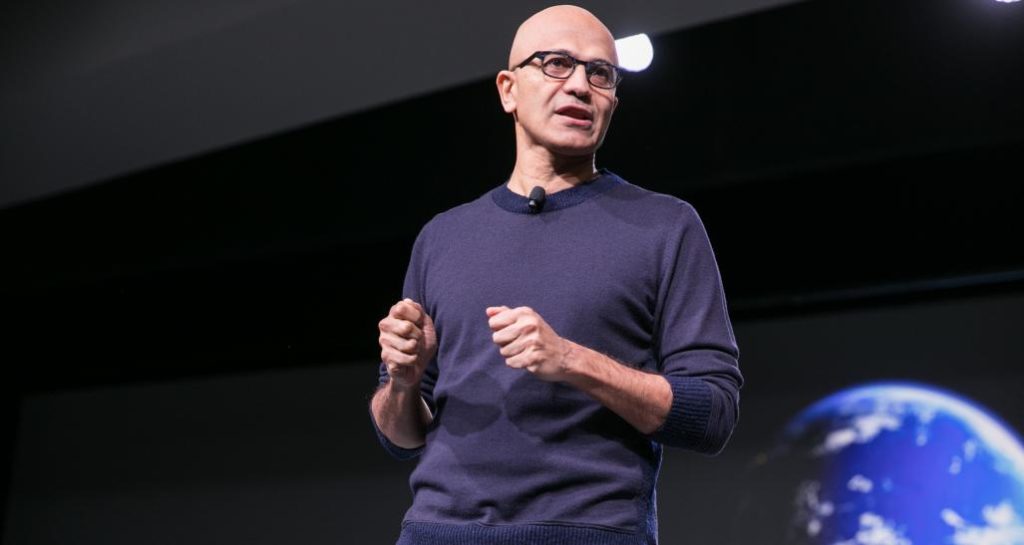 The Indian Microsoft CEO Mr. Satya Nadella has now speak out against CAA and NRC and said that he is very said by “what is happening” in the country, while the whole India is almost burning in the fire of so many ongoing protests in India against the newly amended Citizenship Act. “I think what is happening is sad… It’s just bad…I would love to see a Bangladeshi immigrant who comes to India and creates the next unicorn in India or becomes the next CEO of Infosys,” This is what Satya Nadella told to BuzzFeed editor-in-chief Ben Smith at a Microsoft event in the US.

Asked Microsoft CEO @satyanadella about India's new Citizenship Act. "I think what is happening is sad… It's just bad…. I would love to see a Bangladeshi immigrant who comes to India and creates the next unicorn in India or becomes the next CEO of Infosys" cc @PranavDixit

After this tweet the second tweet came and it was from Microsoft India Official twitter handle stated, Mr Satya Nadella said, “Every country will and should define its borders, protect national security and set immigration policy accordingly. And in democracies, that is something that the people and their governments will debate and define within those bounds. I’m shaped by my Indian heritage, growing up in a multicultural India and my immigrant experience in the United States. My hope is for an India where an immigrant can aspire to found a prosperous start-up or lead a multinational corporation benefitting Indian society and the economy at large.”

The CEO of Microsoft has an impact over Indian youth, He inspired a lot people in India and his statement over CAA would also going to change the large number of people’s views, who are now still in support of CAA.

Amid the ongoing everyday protest his statement will encourage those people who are protesting against CAA implement over the whole country,   which critics have termed as “communal” and “unconstitutional”. The law aims to expedite citizenship for migrants from minority communities in three neighbouring countries, leaving Muslims out of its ambit. Critics say that the law, when implemented along with the National Register of Citizens (NRC), will threaten genuine Muslim citizens in the country.

The famous historian Ramachandra Guha who wished that big names in the domestic IT industry would take a stand like Satya Nadela have taken stand over NRC and CAA. “I am glad Satya Nadella has said what he has. I wish that one of our own IT czars had the courage and wisdom to say this first. Or to say it even now,” he has tweeted.

On 27th December a group of over 150 Indian-origin professionals employed with tech giants such as Google, Uber, Amazon and Facebook had earlier written an open letter named Tech-against-fascism against the newly amended citizenship act and a possible nationwide NRC, dubbing both the initiatives as “fascist”.