Home ‏Muslim World MIDDLE EAST PEACE PLAN: IS IT “DEAL OF THE CENTURY” OR “FRAUD... 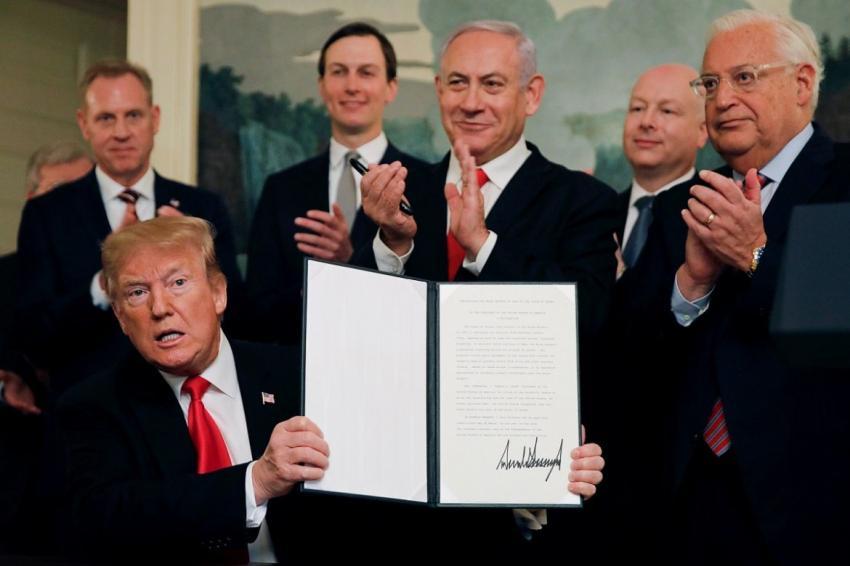 It is almost hundred years, the Balfour Declaration was issued by the British government in 1917 to establish a “national home for the Jewish people” in Palestine, then an Ottoman region with a small minority of Jewish population. Before this declaration, land was purchased in Ethiopia to establish a Jewish home.

After Balfour declaration (1917) and complete disintegration of Ottoman empire (1923), Jewish people started moving to Palestine. After the end of WWII, in 1947 the United Nations adopted “Partition of Palestine” and internationalised Jerusalem, a holy place for Christian and Muslims. Islam’s second Mosque after Makkah was built in Jerusalem which is called Masjid Aqsa. 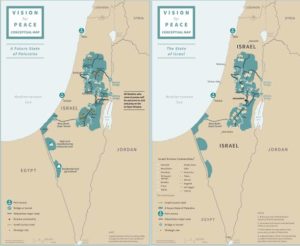 Last week President Macron of France visited a French Church in Jerusalem gifted by Ottoman Empire to France in 1856. Prince Charles also visited Jerusalem last week and said “ my dearest wish is freedom and equality for Palestinians”. It was wahee of Jeebril and at the same time it is loud voice of Israfeel to give rebirth to Palestine.

What, Donald Trump said as ‘Deal of Century” is not a new involvement of American President in the Middle East or Israel but it is old story of involvement after famous oil shock of 1973 Arab-Israel war (called Yom Kippur War). During the war the oil price increased to 378 times after King Faisal of Saudi Arabia had stopped oil supply to its clients. Trump is another president dealing an old geopolitical nightmare in the Gulf, whether it is Iran, Iraq or Syria, Israel.

In truth, after 1973 oil shock, geopolitics never went away for either Europeans and Americans about “great power territorial politics” behind the march of “freedom” in the Middle East. It has become more difficult after Russian President divided equally the Caspian Sea oil and gas discoveries among Iran, Turkmenistan, Azerbaijan, Kazakhstan and Russia.

Today, released Middle East Peace Plan by Trump is nothing but a “nonsense”. Trump cleverly clubbed or repackaged all the problems of conflict between Israel & Palestine in one bag and presented it as solution for Peace by legalising them all. For example, the issue of illegal settlement by Israel on Palestinian land is legalised by Trump and declared part of Israel. Second, the occupation of Jerusalem and annexation of Golan Heights have been legalised by Trump as Israeli territories. The apartheid by Israel has been legalised by providing security to Israel by US.

In short, not a single point of the deal of the century will be acceptable to Palestinians, Iran, Turkey or any other Muslim countries. One should remember that there is no freedom for the world economy from what happens in the Persian Gulf or Middle East. Therefore, the powers of world should be fair in doing justice!

Mohammad Seemab Zaman is a Columnist and Geopolitical Analyst.