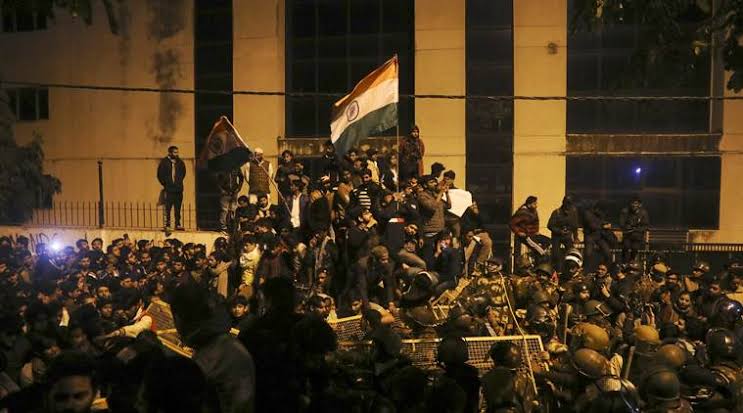 Firing has been done at Gate No.5 of Jamia Millia Islamia right now by two unidentified persons. As per report, one of them was wearing Red Jacket and driving a Red Scooty having Vehicle no. 1532, according to the Jamia Coordination Committee who is spearheading in the protest against CAA-NPR and NRC. As of now no one was injured, ANI reported.

Such firing has been took place thrive in a week in Delhi at anti-CAA protesters. Protests building up outside police station in Jamia nagar, people demand action and arrest of “man in red” among two on “scooty number 1532” that fired shots and fled. Fourth incident in roughly a week where pistols used or displayed, Shahid Tanveer tweeted.

“Police officers at Jamia Nagar went to the place and searched the area. No empty bullet shells were found there. Also, there were different versions about the vehicle in which the alleged miscreants came. Some said it was a scooter, others said it was a four-wheeler. Many people, including students, have gathered outside the police station. They will be asked to give a complaint. We will conduct a probe,” said senior police officer Kumar Gyanesh