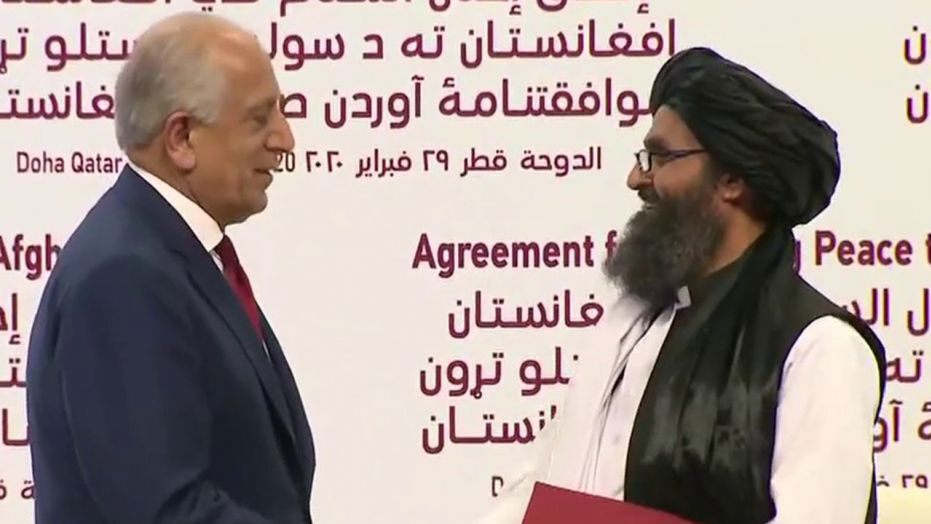 After almost 20 years of war and 18 months of talks, a peace deal has been signed between US and Taliban in Doha on February 29th 2020 /Rajab 5, 1441 Hijri in Pashto, Dari, and English languages.

American side was represented by Zalmay Khalilzad and Mullah Barader from Taliban in the presence of Foreign Minister of Qatar, USA, Pakistan, Turkey and other dignitaries in Doha. Khalilzad and Barader then shook hands, as people in the room shouted “Allahu Akbar” (God is Great). Now, the deal will be a base for the dialogue between the Taliban and the Kabul government of President Ashraf Ghani.

The agreement is in four parts and the main points are:

# Taleban will cut ties with ISIS/Al Qaida or any other group or individual working against the United States and its allies. USA will not support or fund any terrorist organisation against Taliban/Afghanistan in future.

#A permanent ceasefire will be monitored for further dialogue and negotiations.

#Washington and Kabul will exchange prisoners of War. The Taliban agreed to release up to 1,000 and the US 5,000 people by March 10th.

Two functions were held first at Kabul and next at Doha. The delegates from at least 19 countries and six international organizations, including the United Nations, NATO, the European Union and Defence Minister of US were present at the ceremony in Kabul. Today’s event in Kabul showed that President Ashraf Ghani is still the main person on frontline.

The US, NATO and Kabul governments released a joint statement in Kabul. The statement stated that the peace agreement will include guarantees that Afghan territory will not be used by terrorist groups to target the US and its allies. 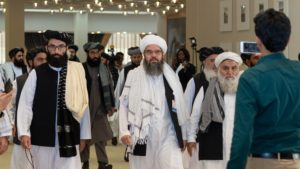 Mike Pompeo, US Secretary of State said in Doha, the deal is “a decisive step toward real peace in Afghanistan”. He said the deal is a “historic moment and historic opportunity” for Afghanistan.

Mullah Barader thanked Qatar for hosting the negotiations and Pakistan for its efforts and assistance to the peace deal. He also thanked China, Russia, Iran, Indonesia, Uzbekistan and Norway and hoped that these countries will cooperate with Taliban in rebuilding Afghanistan.

The US-led coalition invaded Afghanistan in 2001 following the 9/11 terrorist attacks, expelling the Taliban from the country’s capital Kabul and other major cities. The years that followed saw prolonged fighting and the resurgence of militants. About 2,400 US soldiers have been killed and more than 22,000 injured since 2003, along with unknown tens of thousands of Afghan troops, Taliban fighters and Afghan civilians. America has also spent more than $1 trillion in fighting and rebuilding in Afghanistan.

In the end, officials in Washington reluctantly agreed to hold peace talks with the Taliban in 2013, which stalled several times. But talks started again in 2018 in Qatar and a deal finally reached in February 2020. Currently Taliban controls 70% of territory in Afghanistan.

Hopefully the deal will be a turning point for Afghanistan!