Home Breaking News Farooq Abdullah: “This freedom will be complete until all those detained are... 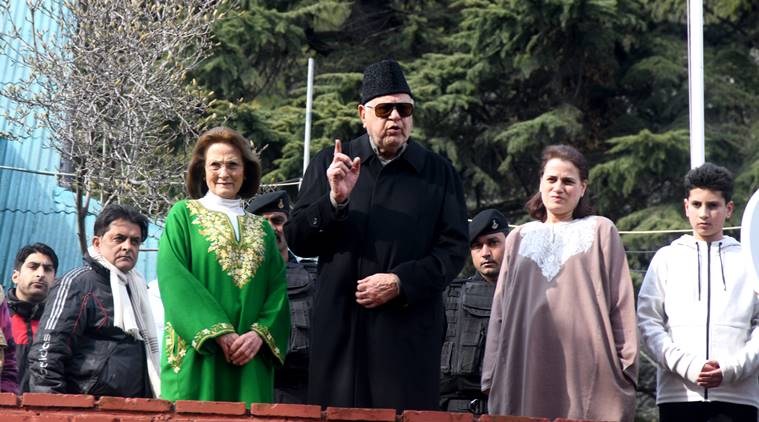 National Conference MP Farooq Abdullah released from detention, says,” I’m grateful to people of the State&all leaders&people in the rest of the country who spoke for our freedom. This freedom will be complete when all leaders are released. I hope GoI will take action to release everyone”.

The senior National Conference leader, who is a five-time parliamentarian and a member of the present Lok Sabha, made an appearance today after over 7 months in detention. This after the Jammu and Kashmir administration revoked the stringent Public Safety Act (PSA) against him.

Safia Abdullah Khan was the first member of the Abdullah family to react to the development. “My father is a free man again,” she tweeted, which was retweeted by her brother and former chief minister Omar Abdullah.

Congress MP Shashi Tharoor Welcomes the release of ⁦Dr Farooq Abdullah. He said in a tweet that he hopes that Abdullah will soon resume his rightful place on the front bench of the Lok Sabha, where he can address with his usual compelling vigour the issues facing his state & the state of the nation. His detention was a disgrace.

Farooq Abdullah’s first appearance after 7 months in detention :Grateful to all those who called for my freedom, but this freedom is not complete until all those detained are released. I will hold my political comments until then.

Farooq Abdullah, however, said: “This freedom will be complete when all leaders are released. I hope the government of India will take action to release everyone.”