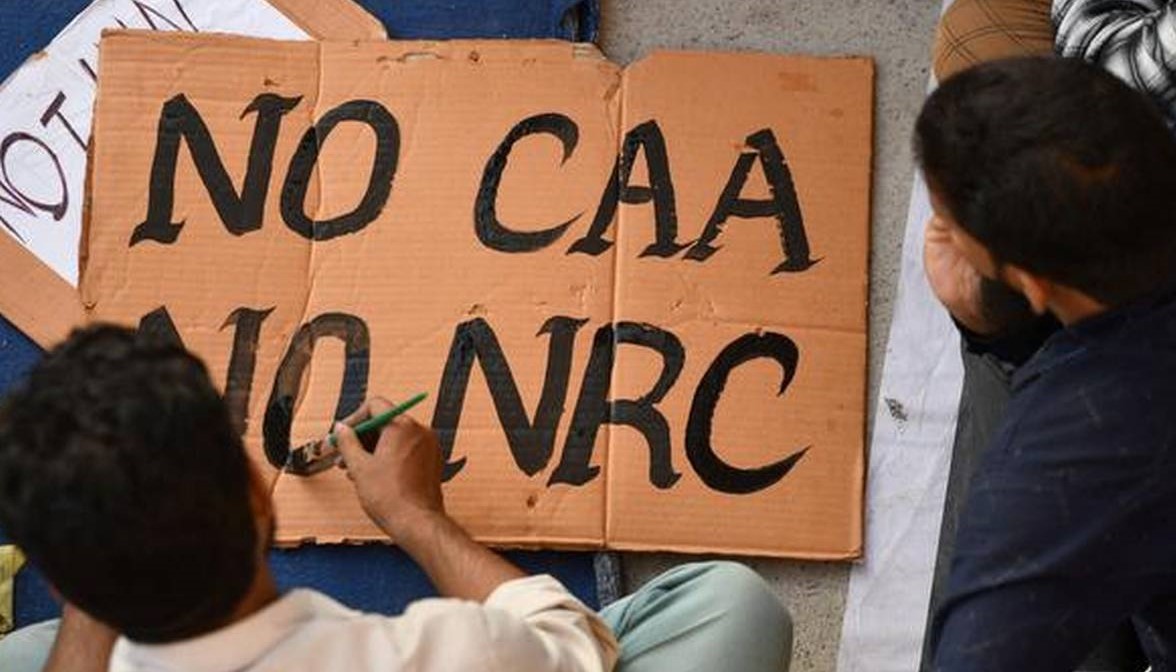 Citizens against CAA-NRC-NPR, a broad-based citizens’ group which is actively protesting and raising awareness in Telangana on the issues of CAA, NRC and NPR, has welcomed the Telangana Assembly resolution passed today against the CAA, NRC and NPR. The representatives of the group said that this is a major victory of the determined struggles and protests taken up by a broad cross-section of civil society groups in Hyderabad and many districts across Telangana against the communally divisive, anti-Constitutional and oppressive nature of the Citizenship Amendment Act and the nationwide implementation of National Registry of Citizens and National Population Register. The Assembly Resolution has highlighted this fact: “The State of Telangana, being a multi-cultural and diverse State, has seen unified, peaceful protests against CAA, NPR and NRC cutting across political, cultural, religious and class lines.” Most importantly, the Resolution clearly quotes the Ministry of Home Affairs report which states, “National Population Register is the first step towards the creation of the National Register of Indian Citizens (NRC),” thus proving that the Home Minister Amit Shah and PM Narendra Modi have been misleading the nation that the NPR is a routine exercise which has nothing to do with NRC.

However, while this resolution is a major, commendable step forward in the struggle against CAA, NRC and NPR, it is not sufficient. We strongly urge that the Government of Telangana should take immediate concrete steps to convert the spirit of the Assembly resolution into action. The most immediate concern is with the Central government’s directions to the States that beginning from April 1, 2020, the data collection for NPR should be done by states along with the Houselisting process for Census 2021.

Specifically, we demand that the following steps should be taken by TS government:

1. A Government Order should be issued to its officials stating that NPR data collection will not be done along with the Houselisting exercise of the Census 2021. In light of the directions issued by the Central Government, this matter should be dealt with unambiguously and officially. As of now, the District-level Training of the enumerators for Census Houselisting includes instructions for NPR data collection, therefore this represents a major danger.

3. In line with other states such as Kerala and Rajasthan, the TS government should file a petition in the Supreme Court against CAA, challenging the constitutionality of Citizenship Amendment Act.

4. State government should place a demand before the Central government to repeal or amend the Citizenship Rules (2003) so that the legal basis for nationwide NRC and NPR is removed. This is the long-standing solution to the problems and concerns around NRC and NPR. The Members of Parliament of all parties in Telangana including the TRS should take this up in the Parliament immediately.

5. As the Chief Minister Mr.Chandrasekhar Rao has already proposed, he should take the lead in organizing a meeting of Chief Ministers against CAA, NRC and NPR, and build common ground to not only reverse the recent measures by the Centre, but also to repeal or suitably amend the Citizenship Rules (2003) to remove the legal basis for nationwide NRC and NPR.

6. The government should change its undeclared policy of the Telangana police to stop any peaceful protests, demonstrations and community awareness activities on CAA, NRC and NPR. Such a policy is not acceptable to any of the civil society groups, and completely militates against basic principles of democracy. The unjustified cases booked against protestors and activists should be immediately withdrawn.

Press Release from “Citizens against CAA-NRC-NPR”