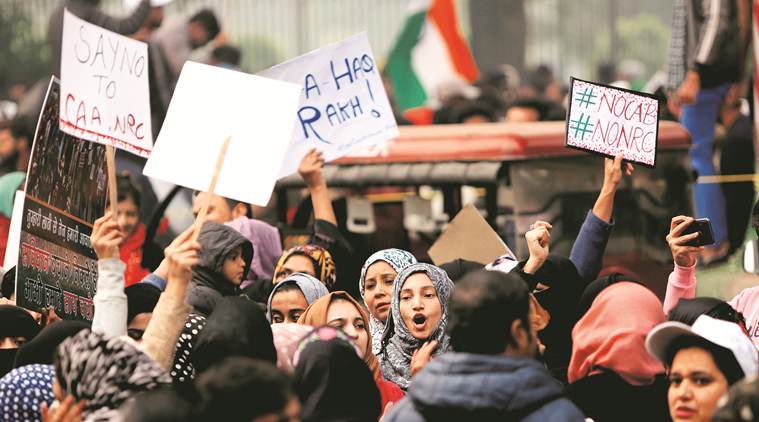 The world is facing the gravest threat of our times. A pandemic that has taken thousands of lives the world over- covid 19- is still uncontrollable. Many call it the world war of our times i.e the world war III, which is true in many respects. While India braces up to fight Covid 19, we would like to remind fellow Indians that the virus attacks irrespective of religion, race, caste, color, class and gender and the fight thus has to be unanimous. It has to be together, as one. In times like these, we must introspect our actions and remind ourselves that in the face of death we are all equal; so why exclude, why discriminate, why repress, why exploit, why kill, why violate ? This global epidemic must serve as a reminder of global injustice, global inequality and global violence.

Our fight against the CAA, NRC and the NPR remains uncompromising. It is the history of our institution, that whenever the needs arises, Jamia Millia Islamia has stood up for the nation even if it entails sacrifices that have no going back. In 1947, when our campus was burnt during riots, it did not stop the students and teachers of our university from working relentlessly in refugee camps all over India. The university could be fixed later, but humanity must be fixed first. These are the ideals which lie at the foundation of our university and our movement against CAA, NRC and NPR.

After exactly a 100 years, we face a similar situation. Our university was vandalised, our students terrorised but In the face of the pandemic facing our nation, we shall direct all our efforts to its containment, relief work and spread of awareness among people. We again appeal to the government to repeal the discriminatory anti-constitutional CAA, NRC and the NPR. The current crisis is a clear reminder of the fact that humanity is for all irrespective of religion. With a heavy heart but great hope in our hearts, we temporarily suspend the ongoing 24hrs sit-in protest at Gate no. 7, JMI and appeal to all protestors to kindly take the situation with utmost seriousness and save themselves and others from this fatal illness.

We demand that the central government release all political prisoners immediately as has been done in many countries worldwide. Withdraw the Foreigners (Tribunals) Amendment Order, 2019 and withdraw all instructions for construction of detention camps and release all people in Detention Camps after running covid-19 tests on them.

We also demand that adequate monetary and policy measures must be taken to combat covid 19. Sheer sloganeering, celebrating and chest banging is not going to help. Doctors need proper medical infrastructure such as safety gear and testing kits, more than appreciation and heroism.
Our country’s major population survives on daily wage. We demand that the government must ensure that in case of a lockdown people do not die of hunger. Adequate Monetary relief must be provided to the people. Ration must also be provided to the people. The government must ensure a steady supply of essential items in the country.

As doctors and public health officials have been demanding, the monitoring system must be streamlined at the earliest. Even WHO guidelines ask governments to test, test and test. It is important to know the magnitude of the problem, escaping from it will not help.
Most importantly, The affected people must not be treated as criminals but must be given adequate treatment and proper facilities in isolation. They require medical care, not ostracism and stigmatisation.

We also appeal to people to be self vigilant and disciplined in practicing social distancing. Quarantine and isolation must be undertaken with care, patience and honesty. We must realise that may be we will not succumb to the illness because we are healthy but others with a pre-existing medical condition may succumb to the illness which might be carried forward by us, if adequate precautions are not taken by us. Be sympathetic to others, be kind and sensitive towards patients and their families and take the situation very seriously.
Finally, we appeal to the central government to immediately suspend the exercise of NPR which in ongoing in many states, as all efforts by the government must be directed to fighting covid 19 right now, not in dividing people on the basis of religion. But in uniting on the basis of humanity.

We would also like to reiterate our misgivings with jumlas such as ‘janta curfew’. It would be instead wise to encourage people to ‘quarantine for humanity’. The focus must remain of voluntary and honest self-initiated precautions. No situation must be utilised to normalise curfews.