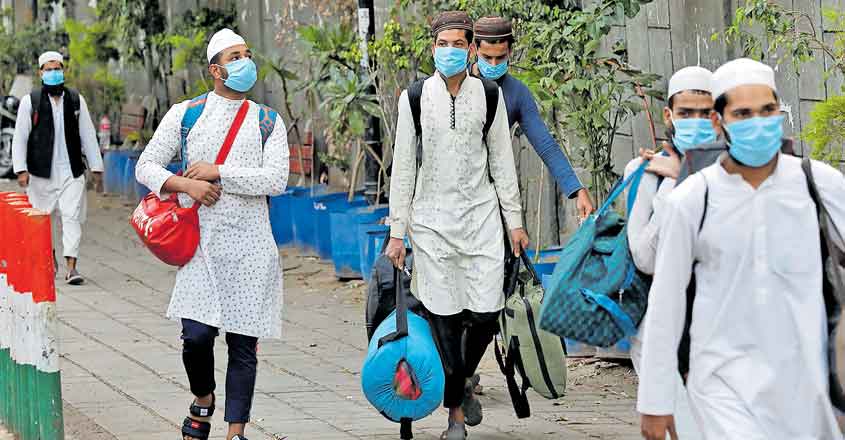 Markaz Nizamuddin is the international headquarters of Tabilghi Jamaat for close to 100 years. Visitors/guests/devotees/worshippers from across the globe throng the place for pre-scheduled programs lasting for no more than 3-5 days. All the programs are decided a year in advance in order to facilitate visitors from far-off places to plan their participation.

When Hon’ble Prime Minister announced the “Janta Curfew”, for 22nd March 2020, the ongoing program in Markaz Nizamuddin was discontinued immediately, however due to sudden cancelation of rail services across the country on 21st March 2020, a large group of visitors who had to depart by way of railways got stuck in the Markaz premises.

On 22nd March 2020, “Janta Curfew” was observed and accordingly visitors were advised not to venture out until 9 PM as desired by the Hon’ble Prime Minister, therefore the plans to move back to their native places by way of means other than railways also did not materialize. Before the Janta Curfew could be lifted at 9PM, the Hon’ble Chief Minister of Delhi announced lockdown of Delhi beginning at 6AM on 23rd March 2020 till 31st March 2020, thereby further diminishing any chances of these visitors availing road transport for their journey back home. Despite this challenging situation, with the help of Markaz administration, around fifteen hundred visitors left Markaz Nizamuddin by availing whatever meager transport was available.

Suddenly on the evening of 23rd March, a further nationwide lockdown was announced by the Hon’ble Prime Minister with clear message for people to stay-put wherever they are. Under such compelling circumstances there was no option for Markaz Nizamuddin but to accommodate the stranded visitors with prescribed medical precautions till such time that situation becomes conducive for their movement or arrangements are made by the authorities.

On 24th March 2020, suddenly a notice was issued by SHO, P.S. Hazrat Nizamuddin, seeking closure of Markaz premises. The same was responded on 24th March 2020, stating that the compliance of the directions regarding closure of Markaz is already underway and around 1500 people had departed the previous day, thus leaving around 1000 visitors belonging to different states and nationalities in Markaz. It was also informed that the Ld. SDM concerned had been requested to issue vehicle passes so that the remaining people could be sent back to their native places outside of Delhi. It is relevant to indicate here that lists of 17 vehicles with registration numbers along with the names of the drivers plus their license details were submitted to the Ld. SDM so that the stranded visitors/guests could be ferried towards their destination. The requisite permission is still awaited.

On 25th March 2020, the Tehsildaar along with medical team visited the Markaz, full cooperation was provided for their inspection as well as in preparation of list of visitors, many of whom were examined by them.

On 26th March 2020, the Ld. SDM visited Markaz Nizamuddin and called us for a further meeting with the Ld. DM. We met the Ld. DM, apprised him of the stranded visitors and once again sought permission for the vehicles arranged by us.

On 28th March 2020, the Ld. SDM and WHO team visited the Markaz and 33 persons were taken for medical checkup to Rajiv Gandhi Cancer Hospital. Surprisingly on the same day another notice was issued, this time by the Office of ACP, Lajpat Nagar, reiterating the prohibitory orders and warning of legal action, this being totally oblivious of the above deliberations and steps that had already been taken by Markaz Nizamuddin in consultation with the authorities. However, the same was replied in detail vide letter dated 29th March 2020.

Yesterday, 30th March 2020, a rumour started gaining ground across social media that allegedly people affected with COVID-19 are present in Markaz. It is also being circulated that certain deaths have occurred due to the same. Unexpectedly, as reported by ANI, the Hon’ble Chief Minister of Delhi went on to say that he has directed authorities to take legal action against the administration of Markaz. It is humbly stated that if the above fact-check could have been done by the Office of Hon’ble Chief Minister, the authorities would have apprised him about their visits, deliberations and cooperation extended by the Markaz in order to disperse the remaining visitors. During this entire episode, Markaz Nizamuddin never violated any provision of law, and always tried to act with compassion and reason towards the visitors who came to Delhi from different states. It did not let them violate the medical guidelines by thronging ISBTs or roaming on streets.

Markaz Nizamuddin would like to humbly offer the entire premises as a quarantine facility to help the authorities tide-over the challenge of current pandemic. Throughout its 100-year existence, Markaz Nizamuddin has an unblemished history of cooperating with administration/ authorities and always upholding the rule of law in letter and spirit. In the present challenge of COVID-19, Markaz stands with the law enforcement authorities and shall remain forthcoming in complying with all the guidelines issued by them. 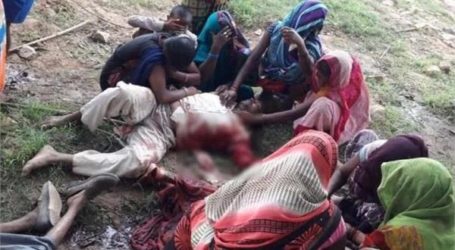 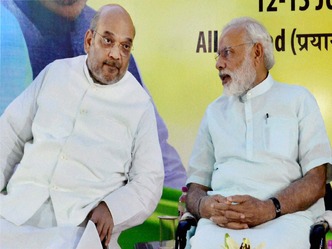