Home Breaking News PFI: Is there any conspiracy, for issuing two kind of ration card... 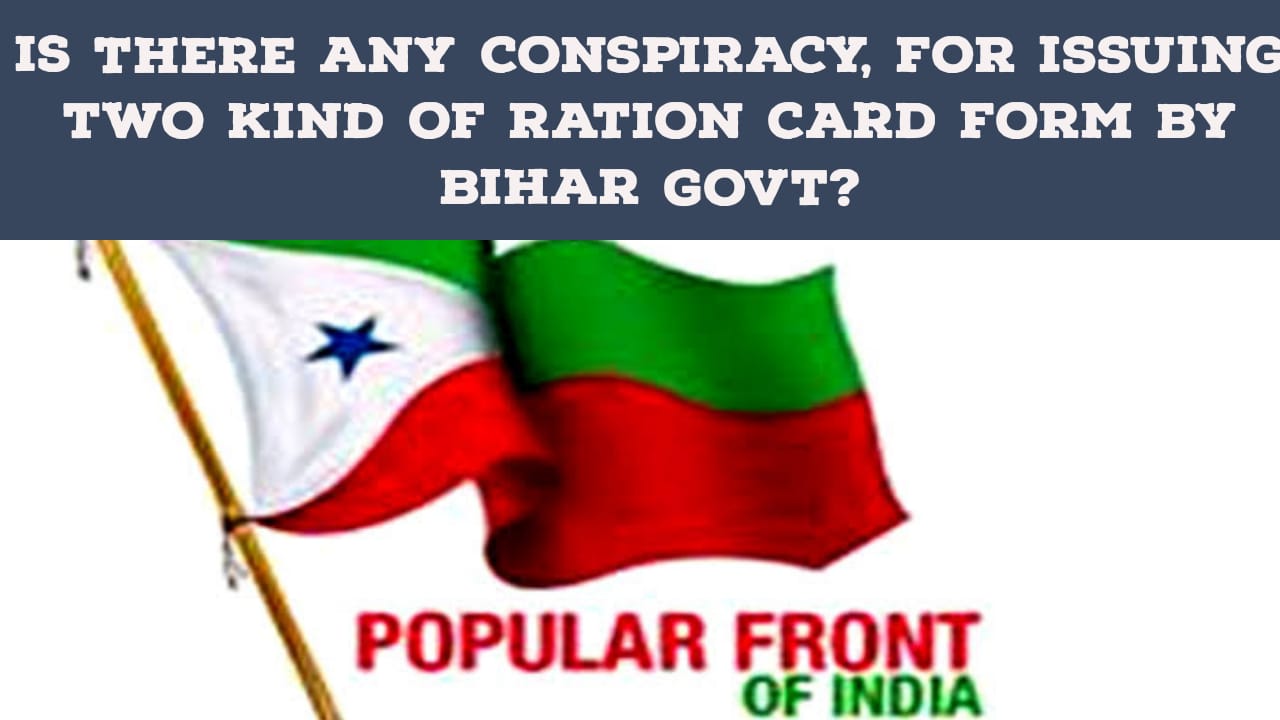 The Bihar government to deal with the situation like hunger in the lockdown, and the families who have not yet been able to get a ration card government has also issued form for them to ensure the provision of assistance. It is definitely commendable, Said Muhammad Sanaullah, secretary of the Popular Front India Bihar, but at the same time he expressed concern about issuing two types of form by the government He said that the forms related to migration have reached in the village , which is matter of concern for the citizens and there is also news about some people to fill this form by mistake. A section of the public is considering it as part of a conspiracy , so the bihar government should immediately withdraw this unnecessary and suspicious form and only one form should be issued for the families who have not yet a ration card.

Sanaullah also requested the public to fill out the form with full caution as any conspiracy is possible by the current deceitful government and create maximum awareness about it among your acquaintances.