Home Islam Opinion | How to Offer Taraweeh Prayer during the Coronavirus Lockdown? 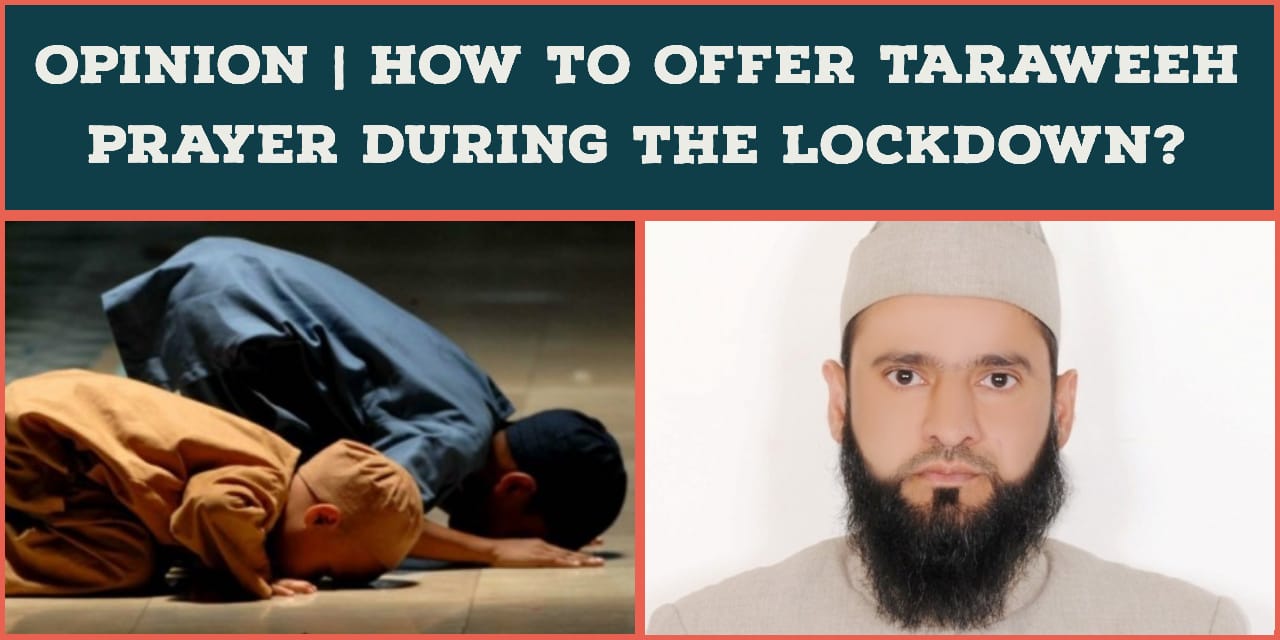 The blessed month of Ramadan is about to start. During Ramadan, in addition to the five daily prayers, special Taraweeh prayers are also arranged immediately after Isha prayer in the mosques. The Holy Prophet (PBUH) used to encourage Taraaweeh prayers but did not order it to be obligatory. He used to say that a person who prays (Taraweeh) during the nights of Ramadan and fulfills other requirements of faith, and if he does so with the intention of reward, Allah will forgive his past sins. There was no routine for Taraweeh to be offered in congregation during the life of the Holy Prophet. For a few days, the Taraweeh was performed in congregation, as Hazrat Ayesha (RA) said that the Prophet (PBUH) prayed one night in the mosque. People prayed with him. Then on the second night, the number of participants increased, on the third or fourth night Prophet (PBUH) did not go to the mosque for Taraaweeh prayer and in the morning he said “I noticed your interest and I did not come fearing that lest this prayer should be made obligatory on you during Ramadan” (Muslim). Until the death of the Prophet (PBUH), the Taraweeh prayer was offered individually. During the caliphate of Hazrat Abu BakrSiddiq (RA) also, the Taraweeh prayer was not performed in congregation. During the caliphate of Hazrat Umar Farooq (RA), when he noticed that the Companions were praying Taraweeh individually, he gathered them under the leadership of HazratUbayyibnKa’b (RA), and after the obligatory prayer of ‘Isha’, began the formal process of completing the Qur’an in prayer in 20 rakahs of Taraweeh. However, the prayer which the Prophet (PBUH) repeatedly stressed to be offered and laid down the basis for it for a few nights but did not arrange to offer with the congregation every night of Ramadan for fear of it becoming wajib (obligatory prayer). Since the caliphate of the second Caliph Hazrat Umar Farooq, the entire Ummah has been offering the Taraweeh prayer with the congregation immediately after Isha for the full month of Ramadan every year.

Lockdown is currently underway due to the outbreak of corona pandemic in various countries of the world. Given the spread of the disease, it is possible that these lockdowns might continue throughout Ramadan in some areas. In a situation where we have to follow the lockdown restrictions and try to save this pestilence to its fullest extent, we also have to protect the houses of Allah from being deserted, so only a few gentlemen are allowed to pray in mosques 5 times and also the Taraweeh prayers, all the others should pray the obligatory and Taraweeh prayers in their own homes. Offering Taraweeh prayer throughout the month is a Sunnah, and listening or reciting the whole Qur’an in the Taraweeh is the second Sunnah. If a Hafiz Qur’an is available, then it is better to practice both the sunnahs, or else recite the last few Surahs of the Holy Qur’an and offer Taraweeh in congregation or alone at home. Women can also join Taraweeh prayers at home, although it is better for women to pray alone.
The majority of scholars suggest that if a Hafiz is not available to recite the Qur’an, one should not perform Taraweeh prayer by looking at the Qur’an or by looking at the mobile, but instead pray alone reciting smaller Surahs, because it is not proven by the Prophet (PBUH) in any condition even once, that he offered the prayers while holding Qur’an in his hand. Likewise, it is not confirmed by any of the 4 caliphs or the companions. It has been the norm of the Muslim Ummah since 1400 years that the Qur’an should not be recited in the prayer by looking at the Qur’an. And this view is also cautioned because the entire Ummah is unanimous on the validity of the Taraweeh by reciting small Surahs without looking at Qur’an, while the famous jurist Imam Abu Hanifah born only 70 years after the death of Prophet (PBUH) and other scholars, have decreed that the prayers will be invalidated by looking at the Qur’an while praying. The sayings of some of the Companions and famous followers are present in the Hadith chronicles in which they have forbidden to offer prayers by looking at the Holy Qur’an. Some scholars who gave the fatwa of justification have never once recited the Qur’an by looking at it in the state of prayer, nor have they ever encouraged it.

The incidence that is related to Hazrat Aisha (RA) is that her slave HazratZakwan (RA) used to see the Qur’an in prayer was his own Ijtehad, forming this as a basis, none of the other companions or followers or subordinates ever recited Qur’an by looking at it in the prayers. Moreover, it is not a hadith but only an incidence, that is, the practice of a Companion. On the contrary, this is the practice of the entire life of the Holy Prophet (PBUH), the thirty-year covenant of the Rightly Guided Caliphs and the congregation of the Companions. Also, this incident has been mentioned by Imam al-Bukhari, discussing a hadeeth in the following paragraphs. Therefore, it is not correct to practice or inspire an effect as opposed to the collective process of the whole Ummah, especially since the Indo-Pak scholars of the unanimous majority agree that prayer is invalidated by looking at the Qur’an. So be sure to arrange Taraweeh prayers in Lockdown as well. If the Hafiz Qur’an is not available, then recite the last few Surahs of the Holy Qur’an and perform Taraweeh, but do not recite the Qur’an by holding it in your hands during the prayer or by looking at the mobile. At other times, make sure to read the Qur’an also.

Dr. Mohammad NajeebQasmi, author is an Islamic scholar and writer. Views are personal.