Home Breaking News Here Is The Full Text Of USCIRF Report On Religious Freedom In... 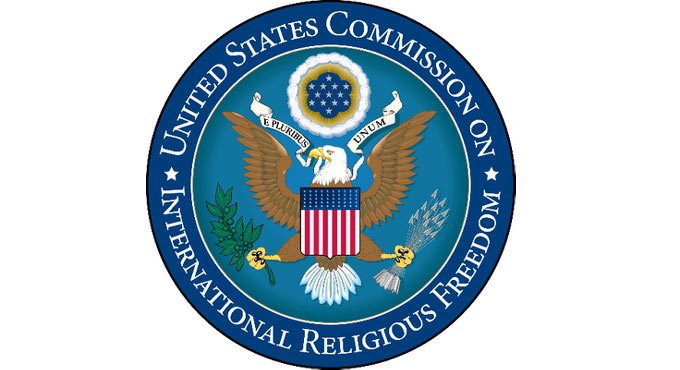 In 2019, religious freedom conditions in India experienced a drastic turn downward, with religious minorities under increasing assault. Following the Bharatiya Janata Party’s (BJP) re-election in May, the national government used its strengthened parliamentary majority to institute national level policies violating religious freedom across India, especially for Muslims. The national government allowed violence against minorities and their houses of worship to continue with impunity, and also engaged in and tolerated hate speech and incitement to violence.

Significantly, the BJP-led government enacted the Citizenship (Amendment) Act (CAA)—a fast track to citizenship for non-Muslim migrants from Afghanistan, Bangladesh, and Pakistan already residing in India—and approved a National Population Register (NPR) as a first step toward a nation-wide National Register of Citizens (NRC). The border state of Assam, under mandate of the Supreme Court, implemented a statewide NRC to identify illegal migrants within Assam. When the statewide NRC was released in August, 1.9 million residents—both Muslims and Hindus—were excluded. Those excluded live in fear of the consequences: three United Nations (UN) Special Rapporteurs warned that exclusion from the NRC could result in “statelessness, deportation, or prolonged detention.” Indeed, Home Minister Amit Shah referred to migrants as “termites” to be eradicated. Troubled that Hindus were excluded from Assam’s NRC, he and other BJP officials advocated for the CAA as a corrective measure to protect Hindus. The CAA provides listed non-Muslim religious communities a path to restore their citizenship and avoid detention or deportation. In its wake, BJP leaders have continued to advocate for a nation-wide NRC; the citizenship of millions would be placed under question, but, with the CAA in place, Muslims alone would bear the indignities and consequences of potential statelessness.

RECOMMENDATIONS TO THE U.S. GOVERNMENT

• Designate India as a “country of particular concern,” or CPC, for engaging in and tolerating systematic, ongoing, and egregious religious freedom violations, as defined by the International Religious Freedom Act (IRFA);

• Impose targeted sanctions on Indian government agencies and officials responsible for severe violations of religious freedom by freezing those individuals’ assets and/ or barring their entry into the United States under human rights-related financial and visa authorities, citing specific religious freedom violations;

• Allocate funding to support civil society to create a monitoring and early warning system in partnership with police to challenge hate speech and incitement to violence. The U.S. Congress should:

The Citizenship (Amendment) Act and the National Register of Citizens

In December 2019, parliament passed the CAA, providing a pathway to citizenship for non-Muslim migrants already in India from Afghanistan, Bangladesh, and Pakistan by treating them as refugees fleeing religious persecution. The CAA would be even more problematic in conjunction with a nationwide NRC, which could be modeled after the statewide NRC in Assam, and is a goal outlined in the BJP’s manifesto and repeatedly promised by BJP leadership. The NRC process in Assam raised significant concerns: impoverished families could not present the necessary documents due to poor record keeping or illiteracy. Even with documentation, citizens were excluded because of minor inconsistencies; some were excluded despite using the same documents as included relatives. The Foreigners’ Tribunals that adjudicate citizenship status have been critiqued for their anti-minority bias. In December, the Parliament approved an NPR to collect residents’ citizenship data. According to government statements and under the Citizenship Rules, 2003, the NPR—which allows residents to be marked as “doubtful citizens” and placed under scrutiny—is the first step toward a nation-wide NRC.

In Hinduism, the cow is considered sacred. Article 48 of India’s constitution directs the state to “take steps . . . prohibiting the slaughter of cows and calves,” and 21 states criminalize cow slaughter in various forms. Cow protection has been promoted as a key issue by the BJP and the Rashtriya Swayamsevak Sangh (RSS). Lynch mobs, often organized over social media, have attacked minorities—including Muslims, Christians, and Dalits—under suspicion of eating beef, slaughtering cows, or transporting cattle for slaughter. Since the BJP came to power in 2014, there have been over 100 attacks, amounting to over 98 percent of such attacks since 2010. Lynching victims, rather than the perpetrators, are often arrested under these laws.

Religious Freedom in Jammu and Kashmir

In August 2019, the government stripped Muslim-majority Jammu and Kashmir’s autonomy and imposed security measures, including restricting freedom of movement and assembly, cutting Internet and phone access, and arresting Kashmiri leaders, including religious leaders. The restrictions on movement and assembly limited the ability to attend prayers and religious ceremonies. USCIRF also received several reports of mosques being closed, imams and Muslim leaders arrested and detained, and threats and violence by extremist groups.