Home National Why should we stand with Zafarul Islam Khan? Abhay Kumar writes 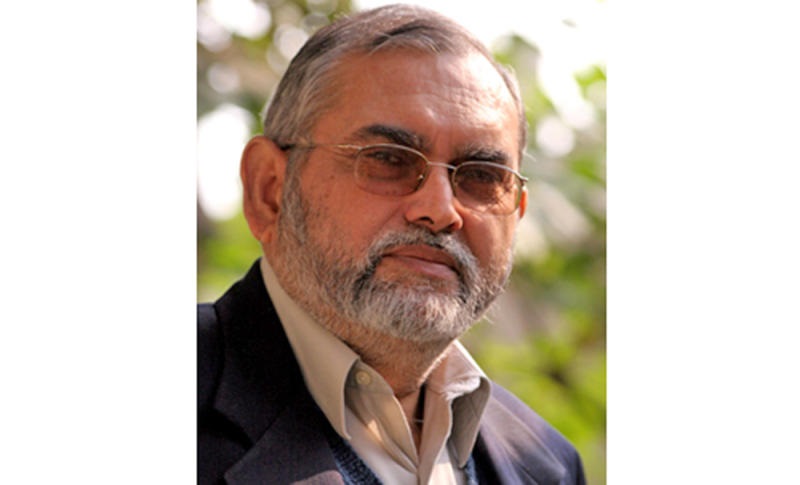 Dr. Zafarul Islam Khan is the Chairman of Delhi Minority Commission. For a few days he has been a victim of severe attack from the Hindu communal forces as well as a section of media. They are targeting him for posting a tweet. The communal forces have alleged that he had threatened them of taking up the issue of Indian Muslims facing discrimination to the Arab world.

In fact, the charges against him are politically motivated. He is being targeted for his identity.

What has irked the communal forces is his work. Zafarul Islam Khan is not affiliated with any party. Nor is he under compulsion to please his political masters. He is well-qualified and knows his subject very well. During the February Delhi riots, he was very active in giving relief to the marginalized sections and working for peace and harmony as the Chairperson of the Delhi Minority Commission.

Zafarul Islam Khan is an eminent journalist, author, translator and expert on Islam. He is a man of vast experience. Above all, he is an upright citizen. In his life and work, he has acted as ambassador of communal harmony. These all have made the Hindu communal forces turn angry against him. They see his presence as an impediment to their politics of hatred.

To know about the work and contribution of Zafarul Islam Khan in great detail, you may turn to other sources. Here I am going to tell you about some parts of his life that I have personally seen.

It is not an exaggeration but truth. I have personally not seen a person who could speak and write several languages so fluently as Zafarul Islam does. Once he was editing stories for “The Milli Gazette”, the English fortnightly which he edited for decades, he received a call. I tried to listen to his fluent Arabic in wonder

I have not seen a person who works so hard as Zafarul Islam does. In his office, I saw him working day and night. He was among few editors and public intellectuals who respond to mail every time you send.

I have not seen a person who maintains so harmoniously a balance between faith and reason and tradition and modernity as Zafarul Islam does. He offers namaz five times a day. Once I was discussing with him the issue of Muslim Personal Laws, he critiqued several positions of the traditional ulama. The practice of triple talaq at one go and its defence were not upheld by him. On the issue of Muslim women and their entry to mosque, he brought my attention to an important fact: “Women used to pray at mosques. This practice was in vogue not long time ago”.

I have not seen a person who works so painstakingly to document issues and events of people’s concern as Zafarul Islam does. In his office, newspaper clippings are maintained every day. He encourages young scholars to learn the art of documentation. He runs a publishing house and keeps publishing reports concerning the issues of marginalized sections. “Does our writing make any difference?” I once asked him. He replied positively. “Yes, it does. Do your research and writing and put it in public domain. Someone will definitely take notice of it”.

Zafarul Islam Khan is among a very few persons who understand issues holistically. He is a great advocate for coexistence, tolerance and freedom of expression. Once I had written a hard critique of a scholar whose books have earlier been published by him. “Sir, would you like to publish an article in which I have severely criticized the author who is associated with your publication”. I asked him over phone. His reply was worth mentioning. “The author is my friend as you are my friend. The idea should not be suppressed”.

Above all, Zafarul Islam is a kind human being. I remember a few years ago, a friend of mine had no money to pay his registration fees at JNU. Left with no option, I sought his help and rang him up. He readily agreed to give contribution. Next day before we could reach his residence, he was waiting. He kept the contribution in a white envelope. Some pockets of juice were also there for my friend and myself.

Even his critics acknowledge that Zafarul Islam is a man of letter. He is great scholar of Arabic and Islamic history. He is also a well-known translator. He has translated his father’s work into Arabic and brought him closer to the Arab world. Maulana Wahiduddin Khan, the great Islamic scholar, is his father. But the father and the son do not agree on many issues, particularly those concerning politics.

In the field of journalism, Zafarul Islam Khan is widely known. As a journalist he wrote both in Arabic and English. He has worked with several prominent newspapers of the Arabic language. Needless to say, as a journalist he is respected in the Arab world. His writing, contrary to claims of the Hindu bigots, is a great ambassador of the country.

As a Chairperson of Delhi Minority Commission, he has done his job as per the rule of the law and the Constitution. He has always discharged his duty within the framework of law. His tenure at the Delhi Minority Commission has brought great relief to minorities. His work has failed several designs of communal forces who are leading a campaign of hate against him. Zafarul Islam Khan is the latest victim of several other scholars, public intellectual, youth leaders and activists. There are clear evidence and pattern that the Hindutva forces launching a campaign against him are being backed by the powerful people at the top.

The communal forces have been planning for long to remove him. In a polarized atmosphere, they have decided to turn his tweet into controversy. Questions are being raised about his patriotism by the Hindu communal forces. This has been their old method of demonising a Muslim.

In brief, their charges are baseless. Who does not know that the social media campaign against Islamophobia has been going on for several days, predating the tweet of Dr. Zafarul Islam Khan.

I have much to say about this great son of India but the space does not allow me. The main point should not be forgotten that the attack on him has much to do with his identity and his impeccable work.

We must also bear in mind that by attacking Zafarul Islam Khan, the Hindutva communal forces are in fact acting against the interest of the country.

The democratic voices must not let communal forces succeed in their game plan. We must stand with Dr. Zafarul Islam Khan. He has fought for our rights. He has worked for peace, harmony and justice. At this critical moment, we cannot afford to let him be alone.

This article was first originally published in Countercurrents.org

Abhay Kumar is PhD from JNU. Minority Rights and Social Justice are his areas of interests. You may write to him at debatingissues@gmail.com. Views are personal.