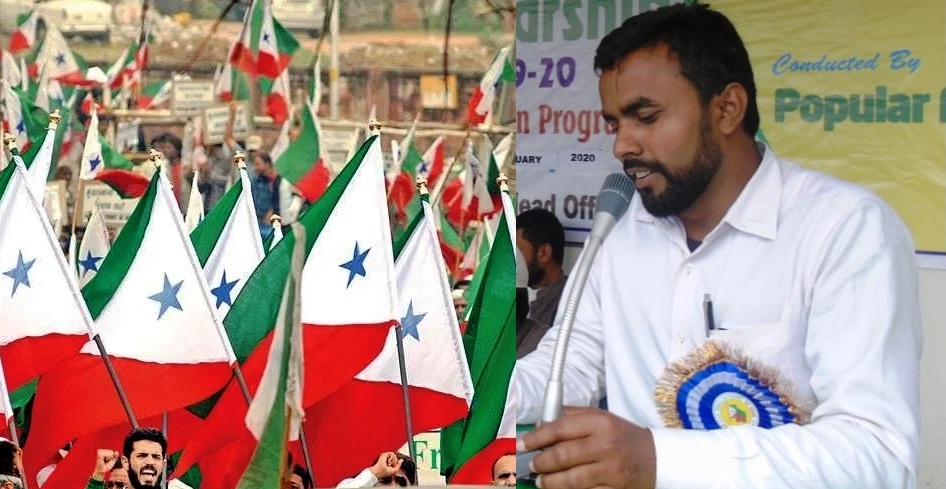 At this time, the whole country and the whole is locked down to overcome the Corona pandemic. Even all educational activities have been stopped. Judicial activities have also been restricted. This was stated by Muhammad Sanaullah, General Secretary, Popular Front, Bihar. He said that the people are fully supporting the government in this war without any discrimination. But it is unfortunate that the government, meanwhile, has shamelessly started targeting people who disagree with its ideology and policy, especially the student community and the minority community.

At the beginning of the lockdown, the series started with the arrest of Jamia Scholar Miran Haider. Along with the students of the universities, the students of JNU, Aligarh have also been targeted. Jamia student safoora, who is three month pregnant, she was also arrested and deprived of human rights and locked up in Tihar Jail, she is still in jail. The minority commission had sent a notice to delhi police and asked clarification of their failure in delhi riot and complain regarding police. Zafrul Islam Khan, who is in a legal position as well as one of the world renowned intellectuals, On the ground of facebook post he has been charged with the most serious act of treason, which is a very dangerous act for democracy. The secular masses of India should stand firmly with Zafar-ul-Islam Khan against the fascist measures being taken amid lock-down. Muhammad Sanaullah said that in this regard, on May10, from 11 am An important online meeting is going to be held by Popular Front of India. He appealed all secular people especially Muslims Be sure to be a part of this online meeting which will be displayed on Front’s Facebook page / PopularFrontofIndiaOfficial and other online websites.