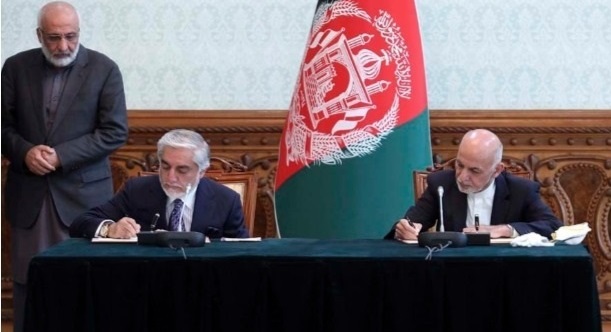 UN Secretary-General Antonio Guterres is encouraged by the agreement between Afghanistan President Ashraf Ghani and Abdullah Abdullah, saying it will help find a way to enable progress towards intra-Afghan negotiations and a comprehensive peace agreement.

As per the deal, Ghani will stay as the president while Abdullah will helm the High Council of National Reconciliation (HCNR) with executive authority and his team will have a 50 per cent share in the Cabinet, according to reports.

The HCNR has been mandated to lead future peace talks including with the Taliban. Abdullah served as the chief executive in the previous government led by Ghani.

St phane Dujarric, Spokesman for the Secretary-General, said Guterres hopes that the agreement between Ghani and Abdullah can enable a progress towards intra-Afghan negotiations and a comprehensive peace agreement, as well as addressing the challenges of the COVID-19 response and other developments and humanitarian needs in Afghanistan.

For his part, the Secretary-General is encouraged by the leaders overcoming more than two months of political impasse and finding a way forward based on compromise, dialogue and inclusivity, Dujarric told reporters on Monday.

The UN Assistance Mission in Afghanistan (UNAMA) also welcomed the agreement reached between Ghani and Abdullah to resolve the political impasse and enable the leaders to address the grave challenges facing the country.

The mission acknowledges that both sides had to make compromises to reach this important agreement.

It is now hoped that the spirit of cooperation will continue, with all elements in government working together to strengthen progress in good governance, the rule of law, and anti-corruption, and to protect the rights of all citizens while continuing the advancement of Afghan women, it said in a statement.

The UN mission said that at this time, Afghanistan is best served by a representative government that can present a united front to tackle the nation’s most pressing issues, particularly the need to move forward on intra-Afghan negotiations, managing the impact of the COVID-19 pandemic and the worsening humanitarian situation, as well as the ongoing conflict and security challenges.

India on Sunday welcomed the power-sharing deal after months of a bitter dispute over the results of last year’s presidential election that pushed the country into a political crisis.

In its reaction, India hoped the political agreement and creation of a council for national reconciliation will result in renewed efforts for establishing enduring peace and stability, and putting an end to externally sponsored terrorism and violence in Afghanistan.

Following the presidential elections, Ghani was declared the winner by Afghanistan’s election commission in September last year but his challenger Abdullah refused to accept the results and proclaimed victory for himself.

After months of political uncertainty, Ghani was sworn in as the Afghan president for a second term on March 9, but Abdullah also declared himself as the president by holding his own oath-taking ceremony the same day.