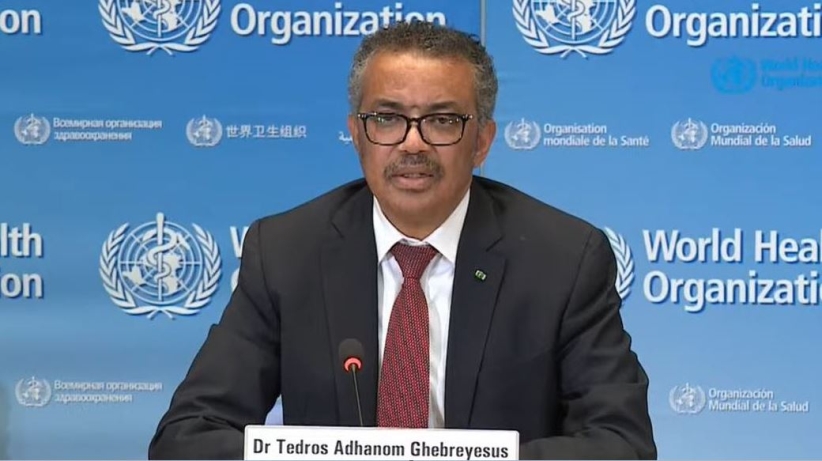 Trump once again became the center of global attention after he published a letter to the World Health Organization’s (WHO) Director-General Dr. Tedros Adhanom Ghebreyesu on Twitter excoriating him and the organization that he represents. The timing wasn’t coincidental either since it occurred on the same day that President Xi addressed the World Health Assembly, the WHO’s governing body, via video link as its keynote speaker and committed two billion U.S. dollars in aid to mostly developing nations to counter COVID-19.

It’s unlikely that Trump penned his letter right afterwards as an indirect response, so it should be assumed that this was a planned move on his part to advance his promised “America First” agenda. He’s been extremely critical of the WHO since the beginning of the year for its handling of what’s now officially regarded as a global pandemic, even going as far as to accuse it of covering up for what he insists against all evidence to the contrary was China’s suspicious response to the coronavirus. These harsh claims and others were repeated in his letter.

The spirit of what he wrote was simple enough to predict without even having to read its contents. Trump, being the showman that he’s always been, wanted to attract as much attention as possible to his ever-intensifying information warfare narrative that China is responsible for this global pandemic. To that end, he made scandalous claims such as alleging that the WHO’s imperfect response to this crisis was “probably for political reasons”, hinting that China is to blame when he said in the letter that President Xi “reportedly pressured” Tedros.

It should be objectively recognized that the WHO is run by human beings just like every other organization and that everything that it does obviously won’t be perfect. As the saying goes, “hindsight is 20/20,” and the WHO could have done some things better in retrospect, but in its defense, it was scrambling as fast as it could to confirm as many of the facts as possible about this unpredictable pathogen before making unprecedented policy recommendations. Mistakes are bound to happen, but that’s just proof of life, not proof of a conspiracy.

Trump is exploiting such events to push his information warfare narrative that everything is China’s fault due to his conspiracy theory that the WHO is secretly a proxy organization of the People’s Republic of China. In reality, Trump is just throwing a tantrum because the WHO refused to join in his attacks against China, hence why the American leader is now trying to lead a coalition of nations to either “reform” it to his liking from within or possibly follow his country’s lead by threatening to withdraw from the group if that fails.

That was actually the main motive behind publishing his provocative letter, to inform the world of the U.S.’ purported reasons for leaving the WHO if it doesn’t comply with his demands within 30 days. Ever the believer in its own “exceptionalism,” the global hegemony is giving the group a clear ultimatum: bend to Trump’s political will by actively contributing to his information war against China, possibly carrying out regime change against Tedros if he continues to stand in the way of this, or risk remaining the object of his wrath.

In the event that the WHO stands firm and refuses to submit to Trump’s dictates, then America’s threatened withdrawal from the organization wouldn’t be the end to this drama. Rather, such a development would dangerously further the global trend of fragmentation that’s ominously accelerated in the midst of this pandemic at the expense of the previously globalized world in which everyone used to live up until a few short months ago.

Just like the League of Nations unraveled in the 1930s prior to the onset of the planet’s darkest days less than a decade later, so too could the WHO follow in its footsteps with similarly unthinkable consequences. Everyone could be reassured that this scenario wouldn’t risk coming to pass if only the U.S. supported an independent assessment of the organization’s response to this crisis instead of pressing for a politically charged investigation against China. The U.S. says that it still wants to lead the world, but it’s threatening to lead it down the wrong path, one that could inadvertently harm its own interests in the long run if it doesn’t soon change its course.

Andrew Korybko is a Moscow-based American political analyst. The article reflects the author’s opinion, and not necessarily the views of Millat Times.