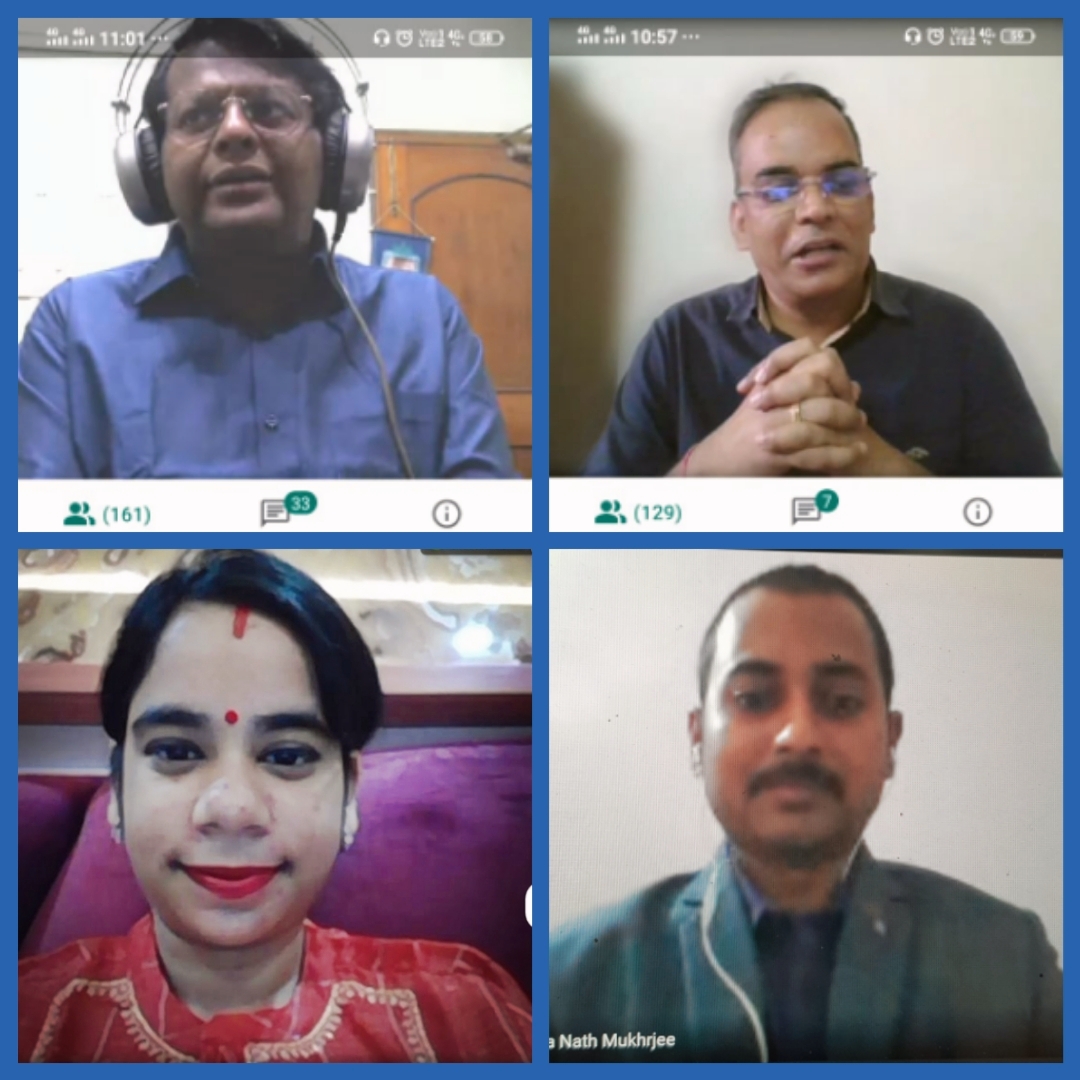 Noida – School of Law and Legal Affairs, a department of legal studies in Noida International University conducted a Webinar on a very interesting and relevant topic of Right To Equality- Paradigm Shift. The keynote speaker of this webinar session was Hon’ble Justice Protik Prakash Banerjee from Calcutta High Court.

The session started by introduction session initiated by Mr. Baidyanath Mukherjee, Assistant Professor School of Law and Affairs then the welcome speech was delivered by Honourable Vice Chancellor Prof. (Dr.) Jayanand. The Head of the Department Prof. (Dr.) Parantap kumar das extended regards to the Guest speaker. The session set an exemplary example of outstanding webinar in this time of pandemic crisis. The session witnessed an audience of more than 250 people.

The speaker in his speech raised enlightened the audience with his profound wisdom on the topic of equality. He discussed various aspects of equality that has taken place from its inception in the Indian constitution. He said that history has seen irreparable injustice and division on the basis of religious, caste, sex, language and many other lines. So, India was a society of unequal’s conferring privileged status to few classes of persons and subjecting others, owing to mores and practices prevalent in the then society. In order to ameliorate such a social condition, the concept of equality was imported to the Constitution under Art. 14. Among others, it was made a goal by the founding father before the Indian State, which is clearly stated in the Preamble to the Constitution of India, to secure to all its citizens ‘Equality of status and opportunity’. By this solemn declaration equality became foundational goal of the Indian State.

And thus came the, existence of Article 14 of the Constitution of India making equality an inviolable fundamental right of man which reads as:

“Equality before law- the State shall not deny to any person equality before the law or the equal protection of the laws within the territory of India”
Equality is a trite, which cannot be claimed in the illegality and therefore, cannot be enforced by a citizen or Court in a negative manner. Thus Article 14 uses two expressions Equality before the law and Equal protection of laws. Also, he also discussed that Whatever be their content, but one dominant idea common to them is that of attainment of equal justice. Both the expressions are integral to the concept of equality. In order to effectuate this general principle more specific and elaborate provisions (Art. 15, 16,17,18) have been made to cover specific discriminatory situations, as offshoots of general principle contained in Art 14. Art 15 prohibits discrimination on specific grounds of religion, race, caste, sex or place of birth. he also discussed various important landmark cases of Shah Bano, E. P. Royappa vs State Of Tamil Nadu. In the session, he went on to elaborate on various paradigm shift that has taken place from old notions to new notions of equality concept.