Home Opinion Opinion: What Muslims need to learn from their Christian counterparts in India 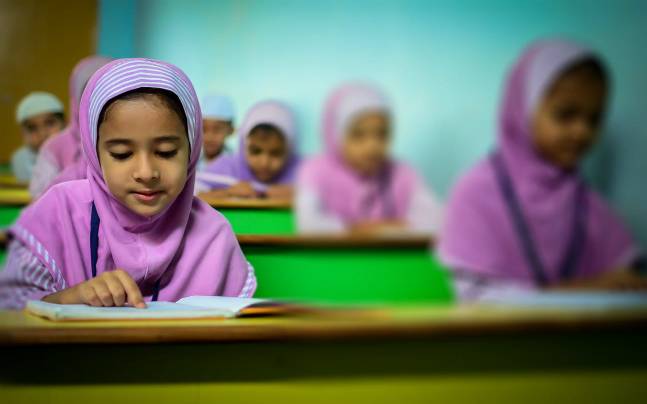 Muslims constitute around 14-15% of India’s total population as per the current and 2011 census. After 2014, there were more cases reported of atrocities on minorities, especially the Muslim community. It may have political affiliations but Muslims really are more socially and educationally backward in India; more than the Scheduled castes, it is what the Sachar Committee report 2005 said. The backwardness in social and educational strata has contributed to atrocities on Muslims but it has done more harm to themselves both socially and economically. It should be a matter of immense concern that how Madarsas have evolved from an institute of eminence in 19th century and early 20th century to an institute of the traditional outdated education system today. At one place in the story of Premchand, he describes how those studying in Madarsas are very modern and higher education at Madarsa was conceived as pursuing Education to get a job at Civil Services.

But it is also true that at the time of exit of Mughals and invasion of British, Madarsas were the only mean to impart primary and higher education in India. By the passage of time, more missionary schools were established and more British colleges to impart higher education and soon they become the institute of repute. But these were costlier as compared to Madarsas. In fact in the 21st century up to 1970’s many have pursued their primary education from one Madaras or the other irrespective of religion. So why did Madarsas fail? How missionary schools did maintain their repute and Madaras became confined to a small proportion of the Muslim population only?

There are various reasons. Government from time to time made laws to revive them and to keep pace with the modern education system but they failed to comply. The reason for their failure to comply with guidelines is unclear but I believe the ignorance of Muslims and mistrust of Muslim clergy in government policies have contributed to it. Most of the Madarsas are not recognized by Government today, as they fail to comply with the Guidelines on education and so they do not get Grant from the government. They run on donations by locals and rich. Some are registered under society Act but they too do not get Grant and they mostly impart traditional outdated education.

In Madarsas established in cities, they do impart education of Mathematics, Science, English, Hindi, and Computer on their own behalf but as they are unrecognized, they do not do any good to their students. In remote areas, they mostly impart Quranic / Islamic knowledge. The government has passed certain laws to convert them to modern schools but Muslims clergy has not yet adhered to. Most of the Muslims are very poor and they see Madaras as the only means to get primary education as they are free and most provide boarding, food too. Primary education in India on government school is also free but Muslims are reluctant to send their wards to these schools as they believe that Islamic education is also very important to their wards.

Higher management costs, the need of more qualified teachers and technical procedures have kept Madarsa management committees reluctant to convert Madarsas in Modern schools. But it is what has kept the Muslims most backward in these 50 years. They need quality education, boarding, food free. If they cannot follow the concept of Rural University as Jamia, they should at least aggressively follow the ethics of it. It can have an arm of Islamic Education within itself and still convert to the modern education system the way Missionary schools or Saraswati Vidya Mandir do.

But as Muslims are more backward Especially in Education with their Hindus, Christian counterparts, they have to do more than this. They need to follow John Deway Model, the father of Practical education to compensate their losses. Just like an Arm of Islamic Education, they also need to have an arm of Skill development to make most self-dependent after leaving the school in case one is unable to pursue higher education. But to make it happen on the ground, a lot of efforts are needed. Everyone should realize their duty. The clergy need to realize that they are not doing justice to poor students. Affluent has to realize their responsibility towards this bunch of backward poor students and donate in Modern school Madarsas. Poor parents need to realize the importance of Education and regularly send their wards to modern school Madarsa or government schools. This way Madarsa can gain its lost charm again. To have this happen, Collective work is required to be done by all engaged. Madarsas have to convert into Modern Schools with courses and syllabus affiliated by Government.

Sachar Committee Report says Muslims are more socially and economically backward than any other community but still its recommendations are not implemented. Our constitution recognizes social backwardness as a factor of reservation and Equity but when Muslims are concerned the rightful Equity takes the shape of Equality. Muslims need the share to keep pace with their counterparts but of not sure when the government would think of it, we today have to collectively act through our own available means as we have the responsibility of the backward poor Muslims.

-MAJBUDDIN, The writer is an Engineer & Freelance Writer. Views are personal.