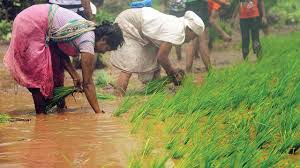 This is a crucial time and an unprecedented crisis is unfolding where the worst-hit are the most neglected ones.
The Government must find a way out with utmost dedication, even if it is an act of God, and look after the farmers, so that they do happy harvesting rather than committing unwelcoming suicides.

How does the novel coronavirus travel from China to all parts of the world without having proper documents – visa or passport, without either confirmed birthplace or language, class, creed, colour, gender or religion! However, when it landed in India; the virus got its identity with story characters. We did identify it in more than one ways. Aren’t we incredible people of India?

The virus came as a blessing in disguise for the Government in the Centre and melancholy tryst destined for the common people. India is a land of diversity only in the pages of its holy book called the Constitution of India and in some of the masses infrastructure. But in a broad sense it is hardly practiced, respected and preserved.

In any democratic system, the government owes much to the people of that nation. It is the people who form the government by casting their vote with a hope that they nurture in their minds, that their government body will fulfil their necessities at the time of need and will face the challenges during crisis times. Instead, look at the Government here, how easily it is trying to escape by weaponising the virus to polarize the common Indians in the name of religions and communities at times, or beholding an excuse that the novel coronavirus is an act of God, at some other times. By spreading their fabricated mental germs and not performing the duties towards the nation and to the people, they are simply using the virus as blessing in disguise.

Why the Government is so calm and blind over the issues that with no criminal base when some innocents are lynched only on communal or casteism grounds as because he or she is just a person from other religion or caste? Who blooded Delhi and who were the people who suffered the most?

Safoora Zargar, the 27-year old woman, from Jamia Millia Islamia (JMI) University, a research scholar, in the second trimester of her first pregnancy, was arrested on April 10 and spent her first day of Ramadhan in the high-security Tihar Jail in the Indian capital, New Delhi- charged under the stringent anti-terror law, the Unlawful Activities Prevention Act, 2019 (UAPA) by the Delhi police!

Further, Maulana Saeed Ahmad Akbarabadi, the 77-year old man, an author and former dean of the Faculty of Theology, Aligarh Muslim University (AMU), when some media houses played with “doctored” clip and claimed that he has been a cause to spread the virus while violating the lockdown restriction regulations, thus has been made a face of an entire community and put on lethal trial!

Unfortunately, some of us- Indians, are spreading venoms and even working constantly to make others believe in such hates against a particular group of people in India.

To build a strong and healthy nation; our primary concern must rightly be in serving the grassroot level workers- the farmers and the migrant workers. They are the souls to build the upsloping future of this nation. They let the other lives to fill their stomachs with three times meals and heads rest under beautifully roofed houses. The blooming cities, the roads and the skyscrapers owe more to their sweat and blood than the tenure of the air-conditioned apartments owned by the governments. Sorrowfully, in the pandemic affair, the Government neglected them and funds were sealed in the imperial treasury.

How millions of migrant workers walked barefoot to reach their natives and weather brutality forced them into chemical baths. The farmers went fasting due to lack of rations but tons of vegetables dumped as garbage waste due to no transport or business during the “lockdown festival”.

Remember, on the 5th of April this year, when majority of Indians went out of their homes for a march lighting and roaring aloud just abiding Prime Minister Narendra Modi’s call for a 9-minute gratitude for the frontline workers, neglecting the lockdown restricted regulations, to signal a festive mood. Let’s also recollect, the massive gathering of people in the Motera Stadium officially named as the Sardar Patel Stadium, Ahmedabad in Gujarat, took place on the 24th and 25th of February 2020 for grand welcoming of U.S. President Donald J. Trump in COVID-19 pre-lockdown India. Why post days, no sanitizing with chemicals poured or later quarantine the masses who gathered on the unacquainted festive in India?

Killing the virus or seeking a vaccine, will be a worth development for human lives in future India. Nonetheless, painless shrouding of the corpses of farmers and migrant workers to burial is not a feast; it may cause famine in coming years in Indian living system itself.

‘‘He couldn’t face another year of penury’’ – instead of making this statement as the headline for tomorrow’s newspaper; let us make it as- “he left leaving a debt on humanity” and start fulfilling our responsibilities towards the humanity. Let our voices reach to the ears of those who are sitting by stuffing cotton over their ears. The Government and the system must realise that the loss of the farmers and the drastic downfall in the rate of vegetables, as the farmers were not able to find a buyer to sell their products; adding no transport facilities to reach the markets.

Bonojit Hussain, who has cultivated vegetables on 10 bighas, a Nalbari-based (Assam) research consultant and a farmer, said, “the integrated mechanism that the Government says it will create to solve farmers’ problems “exists” on paper. By the time it is implemented, it will be the next year. The agricultural produce lost, cannot be recovered. Compensation is the only way out,” he emphasized.

Farmers must receive compensations not based on land documents of ownership because maximum farmers in Assam and Nagaland etc. work in the fields on verbal lease only; the Government must think out of the box ways to reach them directly. This is a crucial time and an unprecedented crisis is unfolding where the worst-hit are the most neglected ones.
The Government must find a way out with utmost dedication, even if it is an act of God, and look after the farmers, so that they do happy harvesting rather than committing unwelcoming suicides in the days, months or years to come.

Every democratically elected Government is answerable to the people, even if it wins election after election by whatever means or using whatever tactics. The bizarre storm or the catastrophe actually set foot over the Indian economy is due to the Demonetisation act which followed by the massive nationwide anti CCA (CAB) agitation; engulfed the whole country in rages, and the people in Power were playing only their version of nationalistic music to please their bunch of trolls and hurt those who opposed. They smartly used COVID-19 Pandemic to crush the anti CAA agitation and kill evey decent voice. The fight against the Coronavirus was an opportunity in disguise for the Government to fight against all decent views in this “largest democracy of the world” – India.

When the number of Covid-19 cases soaring in India now, including each day ameliorate the lives of the people, shortage of bed in hospitals compared to rise in the positive cases of Covid-19, general mass is shattered and nothing is in regular function but our beloved Government in Assam plough up the legislation on delimitation of constituencies in the province!

The Covid-19 virus is significant, surfaced in China and it infected the rest of the world. The whole of mankind is trapped by this virus and adversely affected by it. Is this virus a practical weaponising mechanism by some against some others? Nobody might have the clear answer, except speculation. However, is it a crime to be a poor by birth that miseries muffled in agony and the elected Government ignores providing the basic human needs too?

Whether a war or a virus – man-made or God’s act; it is always the poor who are the most sufferers and pity victim creatures. The virus is a sickness; either it infects human lungs and causes death to an individual or it infects human minds and causes death to humanity of a nation through hate and vice – both are dangerous. Weaponising the virus against an individual, against a community or religious group, or against any nation or country is utterly uncalled for and against humanity. 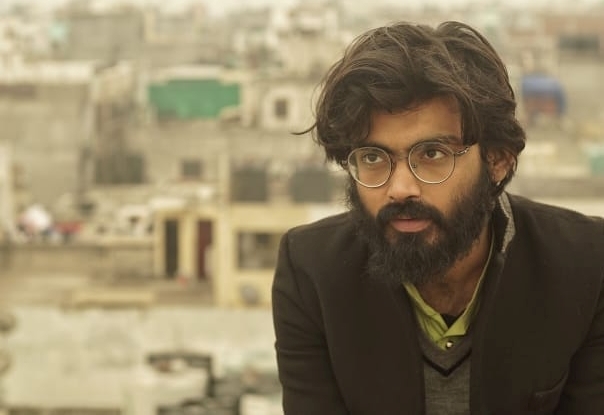 Opinion: Why I Stand With Sharjeel Imam- Abhay Kumar

Opinion: Why We Must Stand With Sharjeel Imam (& Sharjeel Usmani) Unconditionally