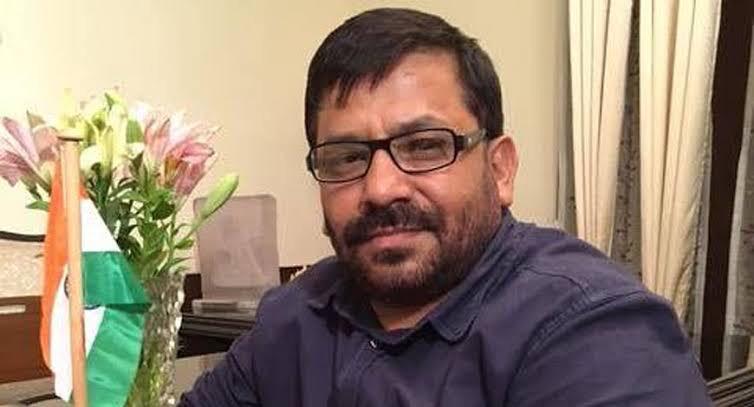 A lot of us dream of reforming our native place into a smart metropolitan. But with time many such dreams eclipse like stars in the sky. This interactive article unfolds a shining example of a person whose energetic endeavors have added life and soul to his forethoughts. Mohammed Atharuddin Munne Bharti is among those who turns out to be the “Crusaders of the Charitable Causes” with the plethora of Protective Public Welfare Services sketched for the civilians in the rural settlement.
”The Village Vikas Vision”
Munne Bharti, the Chief Program Coordinator-NDTV, Chairman-Okhla Press Club, Panelist-Press Club of India, and Social Activist-Karneji Foundation once wished to turn his Village Vista into a Delhi-like-Destination. While living in the Indian capital, the stellar journalist has lead his Welfare mission to the forefront. For awakening, the government to the rural issues, Munne Bharti at an early age penned series of petitions from the President to the Prime minister of his time. His plea was intended to seek governmental encouragement for the town planning of the targeted territory. Finally, Munne Bharti was glad to see his postcard appeal approved. Soon, the authorities got deployed to build proper public roads, inter-state roads, highways, and freeways for the convenience of all.
Welfare Delayed but Not Denied
Like all other Relief & Welfare Works, few of Munne Bharti’s empirical proposals remained under the clouds of conservatism, controversy, conflicts, chaos, counting costs in crores, and balance burdens. Fearing the timely allocation of the logistics/assets that may be subjected to the postponement, Munne Bharti began mapping an interim remedy thereby calling for the material and monetary aid from the truest external sources. However, some of the street lighting and Ambulatory services at the Village-level remained in the soup. He added that “despite, C.P. Thakur sanctioning 20 Lakhs, the objective couldn’t be fully accomplished and stood in the queue.
Binding with Good “Breed of Bureaucrat”
Munne Bharti in amalgamation with the “Able & Agile officials” has helped orchestrate Humanity Welfare Services to the deprived. Faizan Alvi a well-known Welfare persona and his participation worked in speeding pension plan for the widow category. On a Large-scale, K.F Jafiruddin’s bid for free and compulsory education to the children in Kendriya Vidyalaya Sangathan ia the rare act of charity. The prominent Rajya Sabha Sansad Shivanand Tiwari summoned to overhaul the condition of the Urdu Vidhyalaya Bhawan at Karneji was a serviceable step. Under the leadership of Sansad Raghuvansh Prasad, Kabrastan/graveyard circumferenced by a boundary was raised after several setbacks. While Anshu Gupta of “GUNJ NGO” contributed one lakh in charity, Karneji Foundation released donations to aid Bihar flood victims with shelter, clothing, blankets, and meal packets.
Right to Health, Healing, & Habitation
Munna Bharti’s watchful Welfare words are referenced to providing primary healthcare and statutory support to the weaker sections under illness. With the intervention of H K dua nominated MP , Rajya sabha.  Munna Bharti’s deal of inaugurating Swasth Kendra Bhawan rolled out to reality. It will not be wrong to mention the District Magistrates of all hues and heights who failed to basically give to the town what Munna Bharti gave.
Welfare Worksheets & White Papers
Munne Bharti’s Social Activism and Charitable Works support the low-income groups, homeless, migrants, minorities, and victims of floods in many ways. The underprivileged of (Karneji-Paterhi Belsar, Vaishali Zila) obtains free ration, supplemental income for the handicapped, retirement fund, sickness allowance, and more benefits through the Community Developments & Welfare Drives round the year.
“Let’s do it” Attitude
Those voluntary works to which people generally say “Leave It”, Munne Bharti adopts the same with “Let’s do it” approach. Munne Bharti, son of Kalamuddin Assistant Commissioner Sales Tax Division, (Karneji-Paterhi Belsar, Vaishali Zila) admitted that “for undertaking Humanitarian Service one need not be a High-profile Politician, Philanthropist or a Media Magnet. Mohammed Atharuddin Munne Bharti believes : “Service to the Society adds Sweet Scent, Savor, and Satisfaction to one’s Life”.
In Conclusion
Hence, the bold and the benevolent Munne Bharti always has his focus set upon the development of the place to where he once belonged. Needless to say that today and every day, people of the province of Karneji thank Munne Bharti who continues to act as a tangent to his town and the world within it.
Contact Details: M.Atharuddin Munne Bharti
Facebook Page: M.Atharuddin Munne Bharti
Twitter@munnebharti
Email:munnebharti.ndtvindia@gmail.com
Mobile: +91-98-73-66-26-23