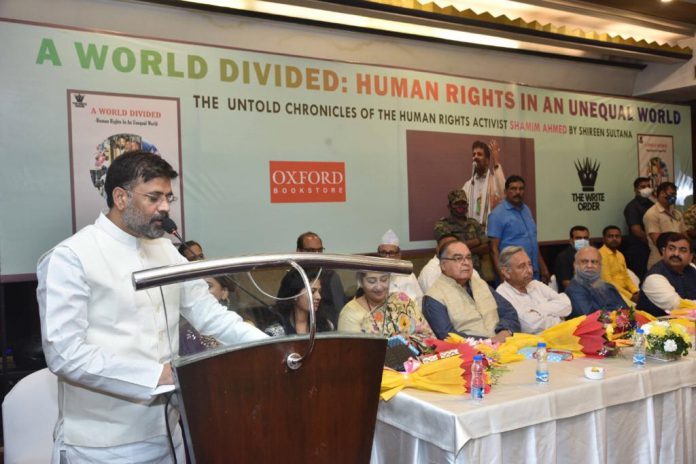 Kolkata— A book titled ‘A world Divided: Human Rights in an Unequal World’ written on the 25-year struggle of famous social activist Shamim Ahmed was launched on September 25 at a grand ceremony held at the Five Star Ruff Hotel The Park in the West Bengal Capital.

Former minister and congress leader Mani Shankar Iyer paid tributes to Shamim as he said there are very few people in the country who do great service for the restoration of human rights and to put a smile on the face of the people of the country.

He congratulated the author of the book and said that the author has researched the life of Shamim Ahmed and brought a book before us.

The book sheds light on the life of Shamim Ahmed and his work in promotion of Urdu language.

Shankar said that he had the opportunity to read a book, adding that he was very much impressed with his “Food for All” campaign.

“Rights and opportunities have not been found. Even today, people on the streets are longing for food.” Mani Shankar Aiyar said that India is a multi-religious country. “The destiny of this country lies in national unity.”

Former Member of Parliament and renowned intellectual Mohammad Adib, while acknowledging the services of Shamim Ahmed, said that coming from Bihar to Bengal and launching a movement to make Urdu the second official language is nothing short of a feat.

He said, “it is unfortunate that after India’s independence Later, Urdu was treated leniently. There was injustice with Urdu in Bengal as well. Shamim Ahmed raised his voice against this injustice.

Expressing his views on the occasion, Adib said that the 25-year journey of Shamim was full of difficulties, trials and tribulations.
On the occasion, renowned international artist and Bengali intellectual Shubha Parsna said that Shamim Ahmed is the pride of Bengal. “We are happy that there are people in Bengal who speak of humanity and deal with people on humanitarian grounds. That I have known Shamim Ahmed for the last many years. He had compassion for humanity in his heart.

Prasana urged books should be written on such personalities so that the new generation is aware of him. The event was attended by important personalities from different sections of the society. 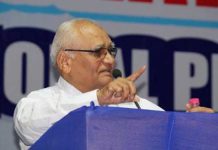