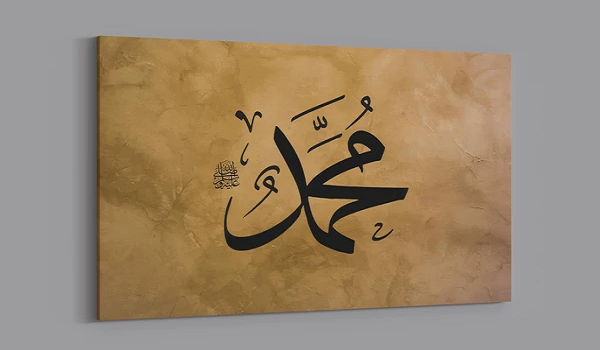 The life of the Prophet Muhammad (ﷺ) is a role model for every person of this world who believes in Allah and the Day of Judgment. This source of light and guidance (the Prophet ﷺ) can lead us completely. The world has seen a lot of scholars, philosophers and preachers but none was as great as the Prophet Mohammad (ﷺ).

It’s also an undeniable fact that he has been targeted the most throughout the history.

But it’s crystal clear too that Muslims can never ever bear any kind of disrespect to their beloved prophet Muhammad ﷺ.

The protests by Muslims across the globe against the republication of the blasphemous cartoons was a clear message that disrespect to the Prophet Muhammad (peace be upon him) is intolerable. The sinister campaign, with the French president on its front, has been a total failure as it has urged many to find out the truth about the Prophet.

If we have a close look on the past, we will come to know that the prophet Muhammad has been targeted from the very beginning.

Lets see few reports of attacking on the prophet Muhammad.

On Sept. 30, 2005 Jyllands-Posten, a right-of-center Danish newspaper published 12 cartoons of the Prophet Muhammad — one of the cartoons depicted Muhammad wearing a turban shaped as a bomb with a burning fuse.

Danish Papers Reprint Muhammad Cartoon
The Jyllands-Posten newspaper on Feb. 13, 2008 reprinted a caricature of the Prophet Muhammad which two years earlier sparked mass outcry among Muslims around the world.

The history paper for PG students on 30th April 200, a question on the life of the Prophet Muhammad used very insulting language. The question said the Prophet began his life as a trader and ended as a raider.

Producer Van Gogh made a movie in which Qura’anic verses were printed on the body of a naked lady.

Robert Spenser wrote a book “Mohammad, Founder of the world’s most intolerant religion.” There is a chapter into this book named Meet the real Mohammad. In this chapter he mentions that whatever situation (kaifiyete Vahi} the prophet told before revealing the revelation, it was just a drama. Then he tried to prove the prophet as the most intolerant human being ever set foot on the earth.

In the satanic verses Salman Rushdie writes, “To early Muslim biographies of Muhammad, Muhammad was tricked into revealing these verses as part of the Qur’an by Satan and he later retracted them, saying the angel Jibreel”

Most likely the reasons behind that are as follows:

(1) The people, who are attacking the prophet, they are afraid of rising Islam in a large number and so speedily. That’s why they want to show an awful picture of the prophet to stop the people entering Islam. For, they know very well that Islam’s foundation lies on the prophet and his teachings. So, if they emerged successful to weaken the foundation of Islam, they on wards can easily damage the whole building of it.

(2) They want to present Muslims before the world as a violent and aggressor nation. For, they are well aware of the Muslims sentiments towards their prophet and they understand well that a Muslim can never bear the insult of his prophet. So, when they target the prophet, Muslims become emotional and, as a result, they take some improper actions against it as a reaction and likewise they get their goal.

(3) They want to gain some cheap publicity by hitting the Prophet’s dignity. Because in the modern age, this is the shortest way to be popular for the publicity hunger people.

(4) They have been trying to keep the Muslims away from the teachings of Islam for the early age of it. They tested the faith of Muslims in many ways but never succeeded. Whenever they do any new experience of this kind and they need to see its influence on Muslims, they do such kind of act. This is the criterion for them to check their success against Islam and Muslims.

We don’t require saying anything on these reasons because they have been prompted by jealousy, hatred and prejudice.

But there might be another reason that they don’t have sufficient knowledge of the prominence of the prophet. That is why they are committing such kind of immoral acts.

K.S Ramakrishna Rao, an Indian Professor of Philosophy in his booklet, (“Muhammad, The Prophet of Islam”) calls him the:
“Perfect model for human life.”

Michael Hart in “The 100, A Ranking of the Most Influential Persons in the History,” New York, 1978. p. 33
“My choice of Muhammad (pbuh) to lead the list of world’s most influential persons may surprise some readers and may be questioned by others, but he was the only man in the history who was supremely successful on both the secular and religious level.

“It is probable that the relative influence of Islam has been larger than the combined influence of Jesus Christ and St. Paul on Christianity. It is this unparalleled combination of the secular and religious influence which I feel entitles Muhammad (pbuh) to be considered to be the most influential single figure in human history.”

M.K Gandhi, statement published in “Young India,” 1924
I wanted to know the best of the life of one who holds today an undisputed sway over the hearts of millions of mankind……….I became more than ever convinced that it was not the sword that won a place for Islam in those days in the scheme of life. It was the rigid simplicity, the utter self-effacement of the Prophet, the scrupulous regard for pledges, his intense devotion to his friends and followers, his intrepidity, his fearlessness, his absolute trust in God and his mission.

“These and not the sword carried everything before them and surmounted every obstacle. When I closed the second volume (of the Prophet’s biography), I was sorry there was no more for me to read of that great life.”

THOMAS CALYLE in his HEROES AND HEROWORSHIP, was simply amazed as to:
“How one man single-handedly, could weld warring tribes and wandering Bedouins into a most powerful and civilized nation in less than two decades.”

Sir Bernard Shaw said about him:
He was by far the most remarkable man that ever set foot on this earth. He preached a religion, founded a state, built a nation, laid down a moral code, initiated numerous social and political reforms, established a powerful and dynamic society to practice and represent his teachings and completely revolutionized the worlds of human thought and behavior for all times to come.

Alfonso de Lamar tine, the renowned historian speaking on his greatness wonders:
“Philosopher, orator, apostle, legislator, warrior, conqueror of ideas, restorer of rational dogmas, of a cult without images, the founder of twenty terrestrial empires and of one spiritual empire, that is MUHAMMAD. As regards all the standards by which Human Greatness may be measured, we may well ask, IS THERE ANY MAN GREATER THAN HE?”
(Alfonso de Lamar tine, HISTOIRE DE LA TURQUIE, Paris, 1854, Vol.II, pp 276-277)

Lane Poole
He was the most faithful protector, the Sweetest and most agreeable in conversation. Those who saw him were suddenly filled with reverence, those who came near him loved him; they who described him would say, “I have never seen his like either before or after.” He was of great taciturnity, but when he spoke it was with emphasis and deliberation, and no one could forget what he said …

In ‘Speeches and Table Talk of the Prophet Muhammad’

Professor Jules Masserman:
“People like Pasteur and Salk are leaders in the first sense. People like Gandhi and Confucius, on one hand, and Alexander, Caesar and Hitler on the other, are leaders in the second and perhaps the third sense. Jesus and Buddha belong in the third category alone. Perhaps the greatest leader of all times was Mohammed, who combined all three functions.”

Diwan Chand Sharma says:
“Muhammad was the soul of kindness, and his influence was felt and never forgotten by those around him.”
(D.C. Sharma, The Prophets of the East, Calcutta 1935, page 122)

In the words of PROF. HURGRONJE:
“The league of nations founded by the prophet of Islam put the principle of international unity and human brotherhood on such universal foundations as to show candle to other nations.” He continues: “The fact is that no nation of the world can show a parallel to what Islam has done towards the realization of the idea of the League of Nations.”

Annie Besant:
“It is impossible for anyone who studies the life and character of the great prophet of Arabia, who knows how he taught and how he lived, to feel anything but reverence for that mighty Prophet, one of the great messengers of the Supreme. And although in what I put to you I shall say many things which may be familiar to many, yet I myself feel whenever I re-read them, a new way of admiration, a new of reverence for that mighty Arabian teacher.”
(The Life and Teachings of Muhammad, Madras 1932, page 4)

Encyclopedia Britannica:
“Muhammad is the most successful of all Prophets and religious personalities.”

Rev. R. Bosworth-Smith in “Mohammed and Mohammedanism 1946:”
“By a fortune absolutely unique in history, Mohammed is a threefold founder of a nation, of an empire, and of a religion.”

“Head of the State as well as the Church, he was Caesar and Pope in one; but, he was Pope without the Pope’s pretensions, and Caesar without the legions of Caesar, without a standing army, without a bodyguard, without a police force, without a fixed revenue.

“If ever a man had the right to say that he ruled by a right divine, it was Muhammad, for he had all the powers without their supports. He cared not for the dressings of power. The simplicity of his private life was in keeping with his public life.”

I confine here with these few opinions of one of the greatest intellectual people in the world. Otherwise almost all prominent thinkers and philosophers, who have studied the prophet’s life thoroughly, have saluted the distinction of the prophet Muhammad.

The writer is renowned scholar working as HOD of Department of English language and literature at Darul Uloom Deoband. He can be reached at tauqeerqasmi@gmail.com.