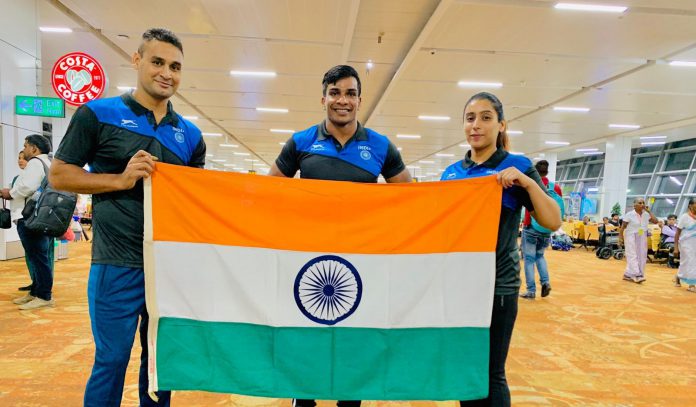 There are many sports played in India, and in recent times, sporting activities have made a notable contribution to the nation’s progression. One of the unexplored sports played in the country is Wushu. Many might not have heard of it, but have surely seen it in movies. Wushu, popularly known as Kung Fu is a general term for Chinese Martial Arts which is practised by a few athletes. Pawan Gupta, one of the most eminent athletes and Wushu players in India has carved his name in India.

In his promising career, Pawan Gupta has won various laurels and multiple Wushu Championships. Being the youngest Wushu Champion, the sportsman after years of practice has participated in an array of competitions and championships. His experience in this sport is more than a decade, and during this time, Pawan Gupta has taken India on an international level. The 4-time national champion in kickboxing revealed that martial arts have helped him improve his strength and endurance.

More so, Gupta has even trained Olympic women athletes and other aspiring sportsmen who want to make a commendable career in martial arts. In the coming time, Pawan Gupta will launch a Wushu Academy that will train youngsters from all over India. Well, it was after years of blood, sweat and hard work, Gupta got to represent the nation on a global podium. Hailing from New Delhi, Pawan Gupta began his career in Wushu in 2009.

Furthermore, Pawan stated that Wushu is a unique sport that always motivated him to be the best in the game. “Wushu has many different styles that I was inclined to pursue a career in this sport. This game has taught me to never give up and stand tall even after falling. I want to take this sport ahead and bring a change by inspiring thousands of youngsters in learning Wushu”, said Pawan. Currently, his prime focus is to bring the Wushu Academy to life and train young athletes who can bring medals for India from all over the world.