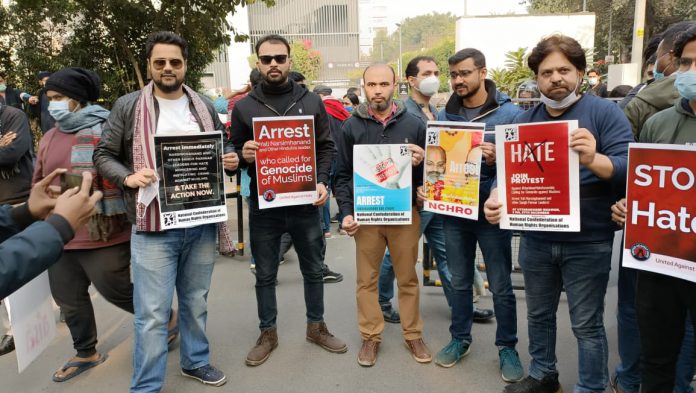 On December 27, a protest was held at the Uttarakhand Sadan in Delhi against the display of bigotry and hate at the Dharm Sansad assembly in Haridwar, Uttarakhand. Leaders of Hindu organisations had called for genocide against Muslims in an assembly about a week ago.

Several progressive organisations had made a joint call to protest this hate and hold the people in power accountable. We also demanded the resignation of the Uttarakhand Chief Minister and immediate action to be taken against the perpetrators.

Human rights organisation the National Confederation of Human Rights Organisations (NCHRO) joined the protest along with the other organisations.