Home National Women of the country must oppose the ban on Hijab Karnatka High... 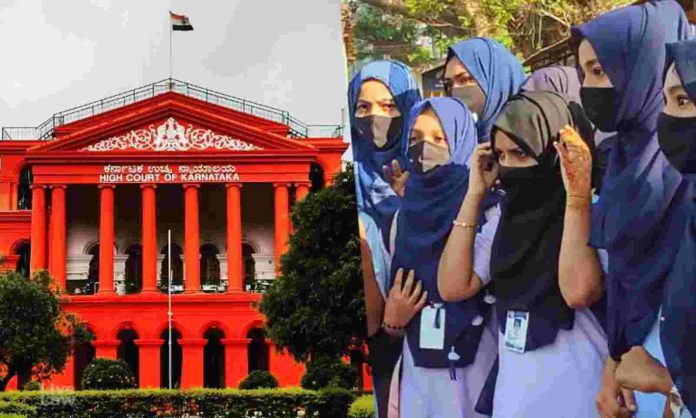 The PMS expresses its deep concern at the Karnataka High Court judgement upholding the Hijab ban in educational institutions which was suddenly ordered by the BJP RSS Karnataka Govt. It is one more missile against women and girls’ accessing education . It and the Govt order both prove that the slogan of Beti Bachao -Beti Padhao of Modi Govt.is only a “jumla” while intent is opposite. It will further the RSS agenda of ‘othering’ the muslim girls and women. It will hurt women’s struggles against their identities, their dresses and their lives being dictated to by the State, by patriarchal and by religious diktats. It will be used to further disrespect and hinder right to choose of women. Finally, the judgement will abet the pushing back of muslim girls and women into the hands of fundamentalist forces while deepening the “othering” of muslims themselves, which was the real intention of the Karnataka Govt in the first place .
This judgement clearly reveals how patriarchy is sustained and nourished by various organs of the state.
Women of the country must oppose this ban and this verdict as well.
Women across all religions and sects must see the real designs in issuing such orders first by the government and then their subsequently being upheld by the judiciary.
**PMS emphasises that these forces are the same forces who don’t want woman to decide for themselves be it about their education, their jobs, their clothes,marriage,
Love or any other aspect of life* . Women from all sections including upper caste girls face stiff resistance in continuing their education and seeking financial independence .

PMS feels that Supreme Court must immediately look into the issue and set aside this anti women verdict.
PMS calls upon women to build broad based and determined struggle against these forces of Manuwad which are pushing back women inside the four walls through such orders while also decisively commercialising Education itself so that it becomes impossible for the large majority of women and girls to study due to financial reasons too. Women must strengthen struggles on their democratic issues and against patriarchy.
PMS calls upon women to stand in solidarity with muslim women right to choice in wearing or not wearing the hijab and also stand to defend the right to education which is under severe attack on account of forces of Manuvad influencing and controlling the policy decisions on the one hand and pushing for commercialisation of education through New education policy 2020.