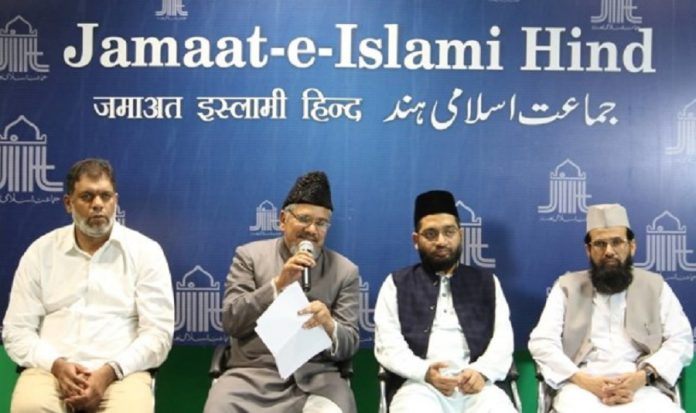 New Delhi: In a statement to the media, the Vice President of Jamaat-e-Islami Hind, Muhammad Salim Engineer said: “The spate of anti-Muslim violence in various parts of the country over the last two or three days is a matter of grave concern. Reports of violence were received in a single day from at least eight or nine states (Madhya Pradesh, Rajasthan, Jharkhand, Gujarat, Bihar, Uttar Pradesh, Chhattisgarh, Goa).

The same pattern was seen in all these places where processions were first taken out on the occasion of a festival, special flags were waved in these processions, weapons especially swords and knives were openly displayed and provocative and disparaging slogans were made against Muslims and Islam. Attempts were also made to damage some mosques. In some places, property and shops owned by Muslims were also damaged.

Incidents of arson and looting were also noted. All these incidents reflect the growing atmosphere of mischief and hatred in the country.”

The JIH Vice President said: “It is a matter of great concern that some state governments through their actions are now inculcating a feeling in the people that they are the governments of a particular people of the country, while governments should treat all citizens fairly. This attitude of some state governments has emboldened the miscreants. Reports are being received from many places that the police are targeting the victims instead of taking any action against the culprits.

Large numbers of innocent Muslim youth are being arrested and false charges are being framed against them. In Madhya Pradesh, there are cases of extreme cruelty where people’s houses are being demolished by bulldozers.”

Salim Engineer continued: “JIH strongly condemns these incidents and believes that these incidents are a product of the hatred that is being spread across the country. Some political leaders known for their vitriolic speeches are also responsible for the violence. They should be arrested immediately.

These ongoing incidents are undermining public confidence in the government and administration. It is also the responsibility of the central government to take notice of the situation and call upon the state governments to take timely and stern action against the elements responsible for the violence as well as the forces inciting sectarian hatred. Action should also be taken against the police officers who are biased and guilty of dereliction of duty.”

He said that “Jamaat-e-Islami Hind (JIH) has been working for the establishment of law and order in all these areas since day one. JIH leaders are trying to liaise with state officials and the police and press for effective action.

A central delegation is also arriving in Madhya Pradesh where the situation is quite grave. Efforts are being made to establish law and order in these areas in collaboration with civil society and leaders of different religions.

Efforts are being made to take legal action against the oppressors and provide legal assistance to the oppressed.”

The JIH Vice President informed the media that: “Yesterday, the President of Jamaat-e-Islami Hind held a meeting with the JIH state leadership of all the affected constituencies and reviewed the situation as well as the steps taken by JIH in these circumstances and gave necessary instructions to the state leadership as well as to the departments concerned. According to the state leadership of Jamaat-e-Islami Hind, various efforts are being made to provide immediate assistance to the distressed victims, take legal action against the oppressors and rioters and establish law and order.”

Salim Engineer said that: “Jamaat-e-Islami Hind appeals to the Muslim community to continue building the country and society while adhering to the highest values of prudence, patience, and justice in the current situation in the country. Don’t be instigated by any kind of provocation or fear.

Tackle the situation by strictly adhering to only lawful means without any psychological pressure and keep trying to improve the situation in coordination with just people. Fight hatred by sharing love. These are the Islamic teachings and this is also the way of the Prophet Muhammad (peace be upon him) who was a mercy to the worlds.

In this blessed month, let us also take special care to offer prayers for the betterment of the situation and peace and order in the country. Jamaat-e-Islami Hind appeals to leaders of all political parties and all conscientious citizens to feel their responsibility in this situation and to play an active role in maintaining law and order and preventing this cycle of hatred, poisonous speech, and violence.”