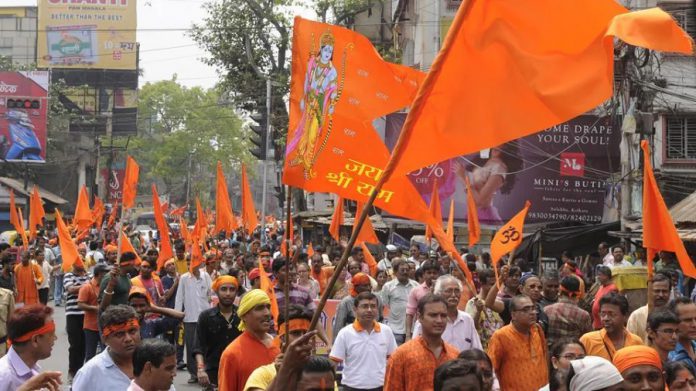 Popular Front of India Chairman, O M A Salam, has strongly condemned the attacks on Muslims in different parts of the country during Ram Navami rallies. He expressed disappointment over the silence and inaction of democratic and secular forces over Hindutva’s attempt to provoke people into violence.

Attacks on Muslims during Ram Navami processions in Gujarat, Jharkhand, Karnataka, Madhya Pradesh, Bihar, Goa, and West Bengal are all part of a concerted attempt by the Hindutva outfits for countrywide anti-Muslim riots. After genocide calls were made at Hindutva events in Haridwar and other parts of the country, no actions were taken against the Right-Wing goons and this has emboldened them to attack Muslims all over the country.

Hindu religious festivals are being misused as occasions for unleashing hate and violence. Authorities and police are not doing anything to prevent the violence, but, in certain instances, they aided and abetted the mobs. Shocking reports are coming out that, instead of going after the instigators, police are harassing innocent Muslims including elderly women and minors.

In Khargone, Madhya Pradesh, following the violence, police bulldozed dozens of Muslim houses and Masjid properties without any due process claiming that they belonged to suspected rioters. Which allows police to demolish people’s properties over suspicion. Even the process of law that is the fundamental right of any citizen is being denied to Muslims.

What is happening is not communal clashes, but a pre-planned attack against Muslims by the Hindutva goons. The methodology is the same everywhere: take out rallies through Muslim concentrated areas, raise objectionable slogans and songs and provoke the community.

The silence and inaction of the secular democratic forces over these developments is disappointing and this lack of response amounts an encouragement to Hindutva outfits. For the country to remain the land of peaceful coexistence, these Hindutva goons need to be booked and stern actions should be taken against them by the state governments.