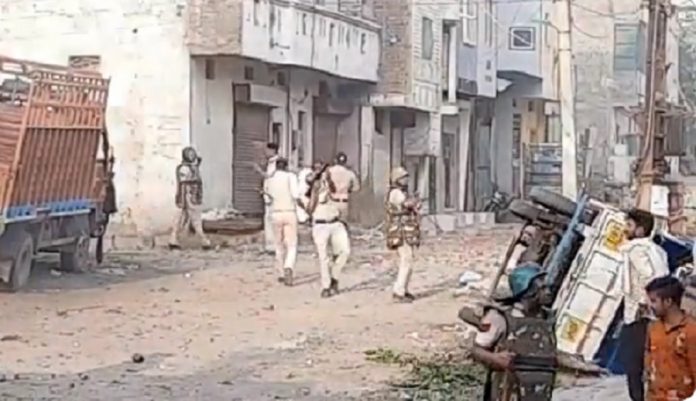 New Delhi, A resolution passed by the National Executive Council Meeting of the Popular Front of India has said that the situation prevailing in the country in the aftermath of Ramnavami rallies is alarming and a precursor to an imminent genocide.

The fact that anti-Muslim hate and violence occurred so pervasively and simultaneously in different states points to a larger scheme. Hindutva sponsored mobs were given free rein to ransack Muslim localities, and now the community is being persecuted simply for trying to protect themselves. What is happening is a state-sponsored ethnic cleansing, and BJP state governments and the Centre are willing participants.

In another resolution, the NEC of the Popular Front has strongly condemned the demolition of houses and properties carried out by the North Delhi Municipal Corporation.

The demolition drive carried out in Jahangirpuri by BJP ruled North Delhi Municipal Corporation days after the residents were attacked by Hindutva mobs is a cruel display of institutional Muslim hate.

It was carried out in bare violation of existing laws and due process. The residents and owners were not pre-emptively informed or allowed to challenge the decision. Despite the Supreme Court order, the officials refused to stop the process.

The claim that the action is against illegal encroachment is a big lie. The people of Jahangirpuri are being punished for resisting the Sangh Parivar atrocities in the name of Hanuman Jayanti celebrations.

Delhi Chief Minister Kejriwal should abandon silence while this blatant injustice is being committed. He is responsible for protecting the rights of people, especially when his party had clearly stated the violence was started by BJP.

Popular Front calls upon Muslim organizations and parties in the country to resist the violations democratically and legally and come forward to help the people who have lost their houses and livelihoods in the brutal state repression.