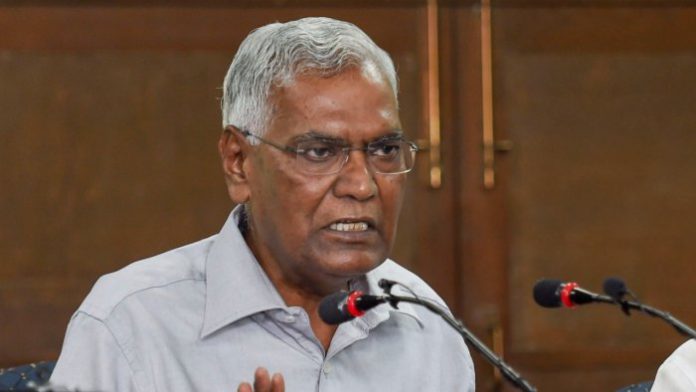 Communist Party of India General Secretary said that it is a matter of great regret that the BJP-led NDA government is hell-bent on selling off all national assets through monetisation policy and privatisation of public sector units. The tragedy is that those long-term assets are being sold to collect revenue to meet the current expenditure as well as the government’s miserable failure to mop of enough finances through either retaining the earlier higher corporate taxes or hiking them further, if necessary, to offset the heavy losses caused by rightist US-model economic policies.

The sell-offs are bound to affect the sovereignty and economic independence of our sovereign nation which in contrast will benefit the corporates, both domestic and foreign. Continuing with retrograde right-wing measures, the Modi government has announced that its share capital in the country’s flagship financial institution, LIC will be sold off.

With such sale, 22 crores of LIC’s shares are being given to private hands which will fetch about RS 20,000 crores of revenue to the central government.

The move is totally a retrograde one, which is against the national interests and against the interest of LIC’s policy holders.

The Party calls upon the government to immediately halt its privatisation spree as well as sell-off of its national assets.