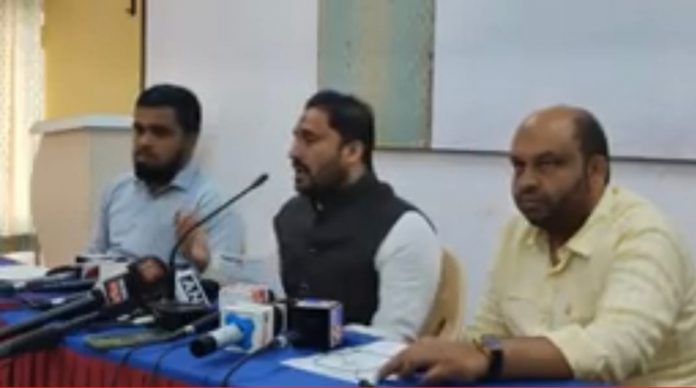 Popular Front condemns the provisional attachment of the bank accounts belonging to the organization by the Enforcement Directorate (ED). This latest action by ED is part of the ongoing repressive steps taken against the organization for the past few years. It becomes once again clear that the agency is acting as mere pawns of the political masters by going after people’s movements, NGOs, human rights organizations, opposition parties, media, and any democratic voices in the country that are critical of the ruling party.

The deposits to the Popular Front accounts as mentioned by the ED for the duration of 13 years are nothing but normal for the functioning of a nationwide social movement like Popular Front. It is also to be noted that the said amount includes the deposits done during the collection drives for major calamities faced by the country in which Popular Front carried out exemplary relief and rescue services. The stated figures by the ED are not at all astonishing and no great investigation is needed by an agency like ED as we have already filed every penny of the collections to the income tax. This proves it is nothing but sensationalizing of figures. Another important fact to be noted is that during 2020 many media reported that 120 Crore was collected by Popular Front, the current statement of 60 Crore negates the earlier fake claim and proves that these agencies feed fake information to media to target organizations like ours.

The bank accounts of world-renowned NGOs like Amnesty International and Green Peace were also frozen in the same manner. There is already a trend in the country that corrupt politicians from all parties are joining the BJP to save their tainted wealth, fearing the ED vendetta in the form of investigations. Corruption and black money dealings of BJP leaders to the tune of hundreds of crores are hardly a matter of concern for ED. Going by the way the BJP has always misused the ED and other agencies to target and silence opposition, the action against Popular Front is not surprising.

Popular Front is a democratically working organization that emerged from marginalized sections and has already won the trust of millions of people from across the country, who help the organization with their donations. Because of the same reason, the organization has made it a policy from its beginning that any minor and major financial dealings are done transparently. People know very well that the uncompromising stand Popular Front has taken against the Sangh Parivar’s divisive politics is the only reason the organisation have become the target of the agency’s politically motivated cases. Popular Front will continue with our assertive stand and opposition to the evil designs of the RSS. These actions will not intimidate us and we will explore all legal and democratic options to overcome these hindrances.

Popular Front calls upon the people of the country who are committed to protecting democracy to condemn this undemocratic move and misuse of power by the BJP led Union government.