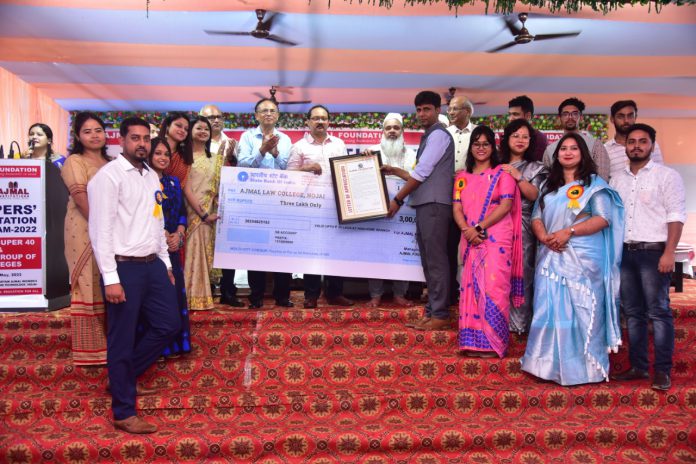 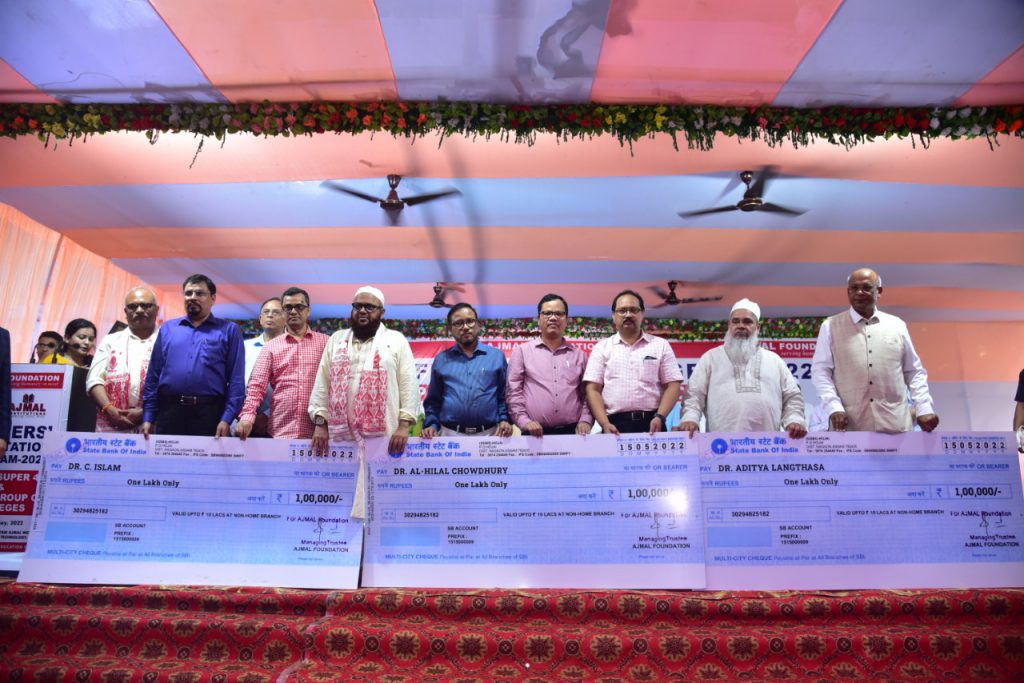 The brainchild of the Ajmal family, the AJMAL SUPER 40 concept was mooted in 2016 and Ajmal Foundation gave concrete shape to the project that intended to establish an institution of excellence in order to prepare students from educationally backward areas and from disadvantaged sections of society to compete with the students from urban and affluent sections to prove their potential merit in the qualifying examinations for medical and engineering studies.
Today, the Ajmal Super 40 has established a name for itself in All India Level competitive examinations as it has been able to give wings to the dreams of these poor but meritorious students. In successive years the Ajmal Super 40 students have dazzled in NEET & JEE examinations and have validated the Ajmal Foundation’s conviction that if proper care, attention and quality teaching is provided to the rural and poor students, their innate talent can flourish and they can show excellent result. 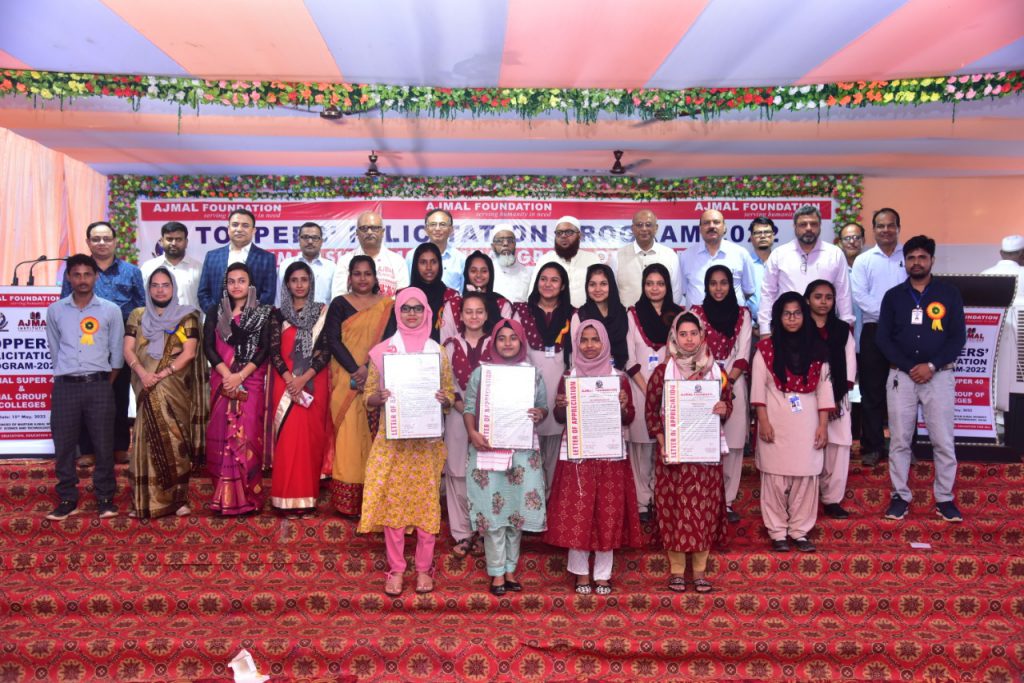 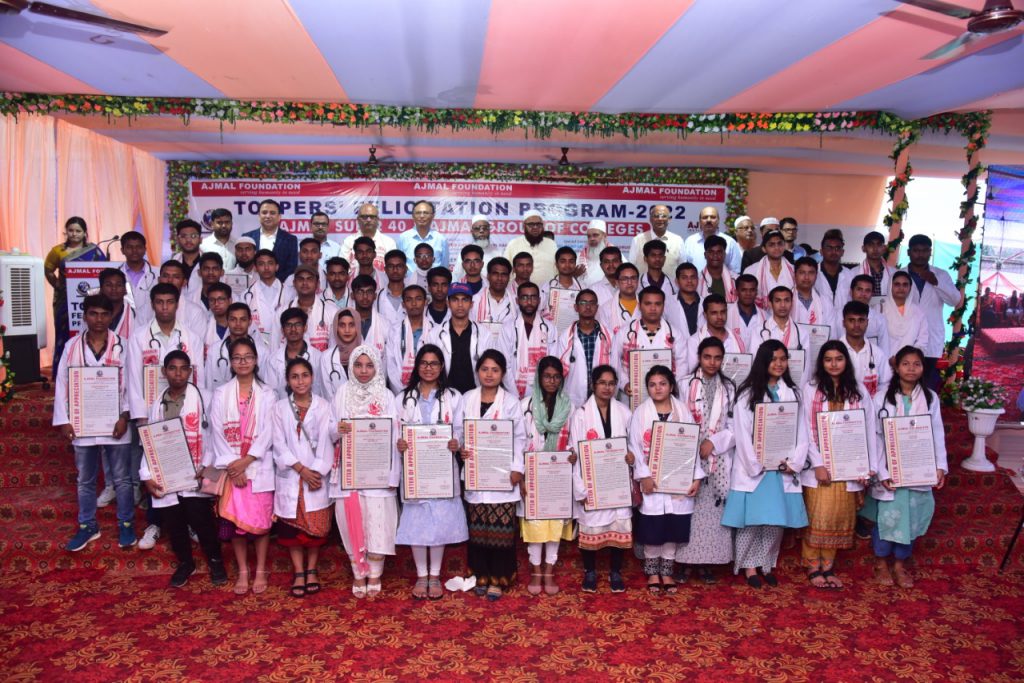 As the success and brilliance of the Ajmal alumni are creating positive ripples across the state and beyond, the Ajmal Foundation management headed by M Badruddin Ajmal and Mr. Sirajuddin Ajmal are constantly engaged in sustaining and improving the efforts to further enhance the entire education eco- system. The very latest addition to this effort is the Ajmal IAS Academy and other coaching programmes launched recently to equip and empower the rural educated youths to excel at par with their urban counterparts. 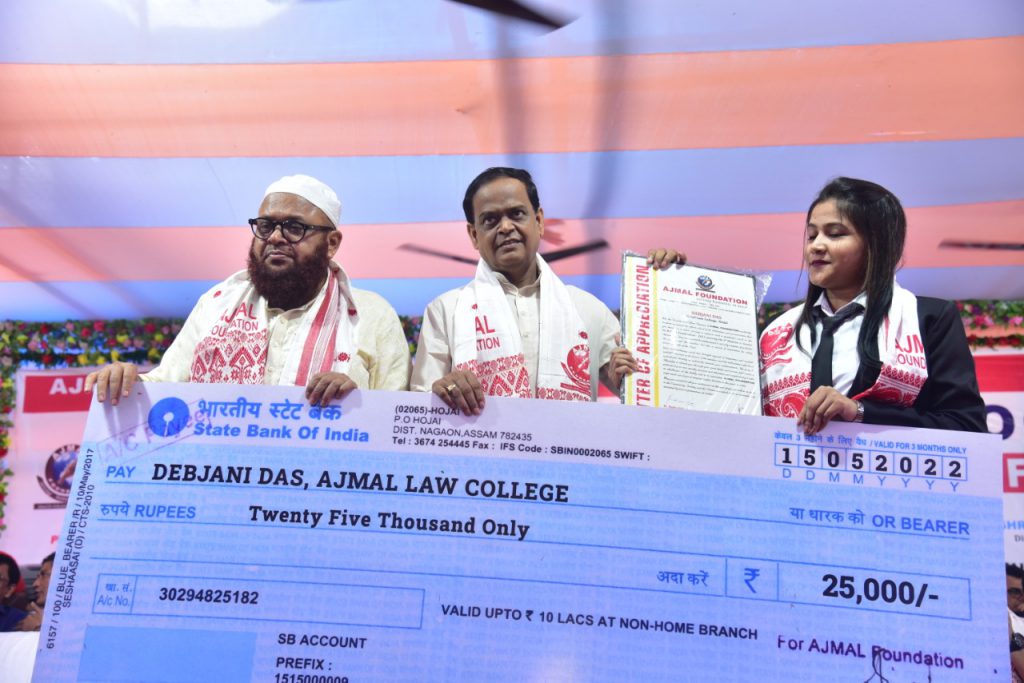 In addition to the felicitation of the brilliant students four distinguished citizens were also honoured in the mega event for their sterling performance in their respective fields and for outstanding contribution to society. Of them three are from the medical profession and one from the domain of media and information. Dr.Chaidul Islam, an eminent surgeon & Chief Medical Director HAMM Hospital, Dr. Alhilal Choudhury, also a reputed surgeon &Deputy Superintendent of HAMM Hospital and Dr. Aditya Langthasa, an eminent physician & Seniour Medical Officer of HAMM Hospital were honoured with the “ Pride of Humanity Award” , instituted by the Ajmal family to recognise and appreciate the professional excellence and distinction on the one hand and their remarkable contribution to society on the other. 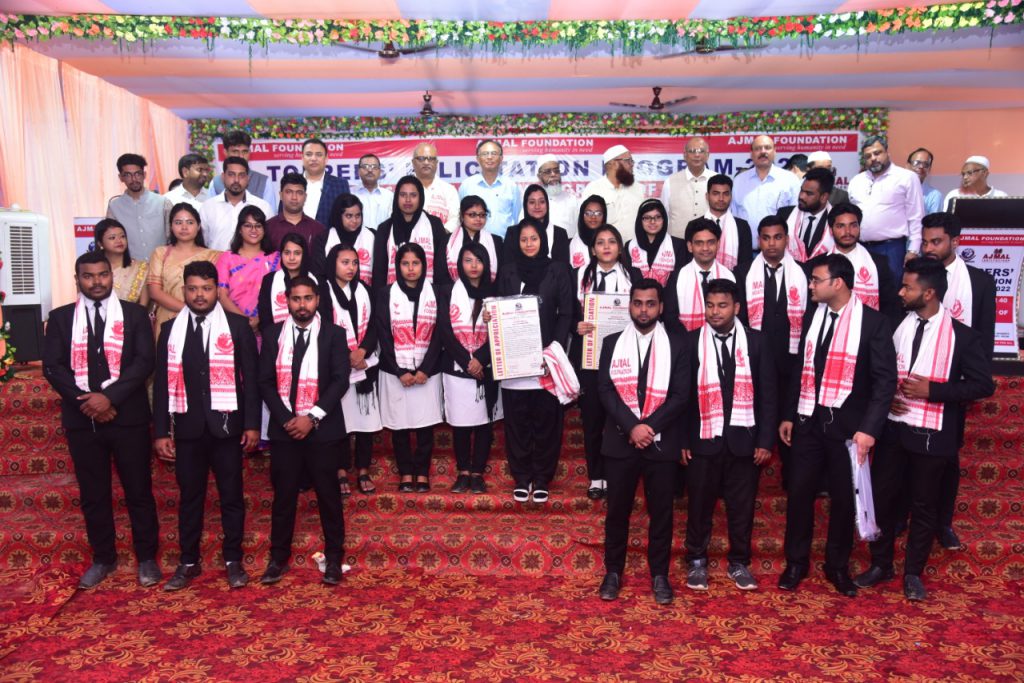 The award carries a citation and a cash award also. It may be mentioned that these three distinguished doctors have been at the helm of HAMM Hospital’s extensive health services and they are chiefly credited with revolutionising healthcare in our part of the world, serving the people for more than three decades with single-minded devotion. The other distinguished person to be honoured with a citation and cash award, Mr. Maruf Alom, an Indian Information Service officer, a native and worthy son of Hojai who by his hard work, resolve and talent has risen to fame and position at a relatively young age. Mr Maruf is now the Head of the Regional News Unit of All India Radio, Guwahati. 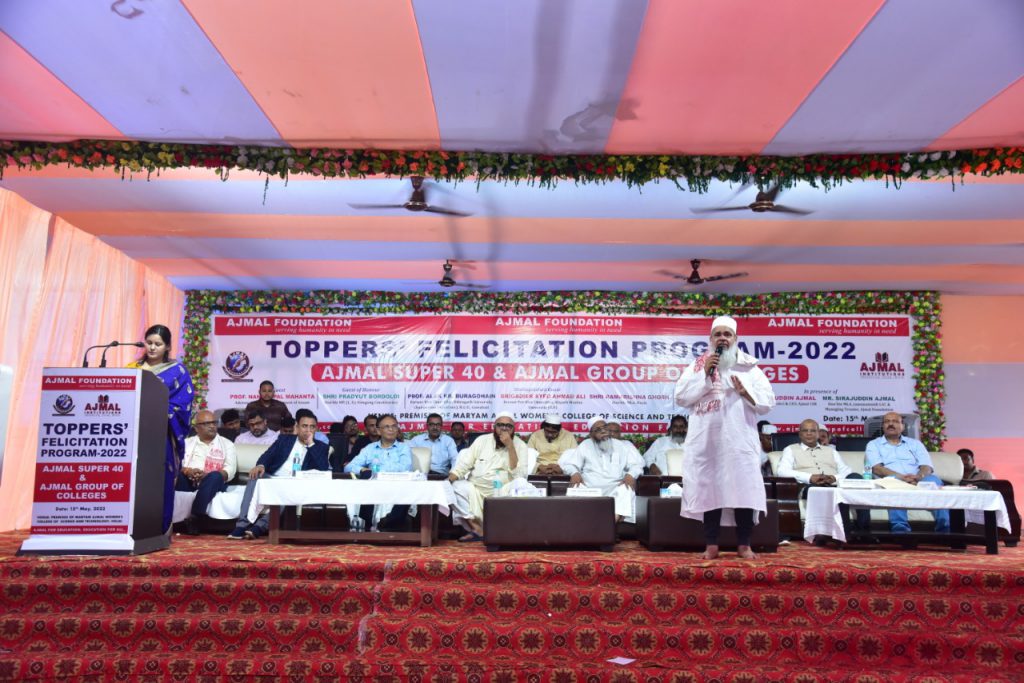 The grand Felicitation Ceremony is a mega event organised every year to honour , appreciate and motivate the brilliant students and persons with outstanding contributions in their area of work