Home National United States once again proved a Rogue State:  E. Abubacker
New Delhi
E. Abubacker, chairman, Popular Front India strongly condemned the U.S. recognition of Jerusalem as Israel’s capital and stated that through this act of terror diplomacy it has once again prove a rogue state.  It is in fact, one rogue state colluding with another rogue state to destabilize Middle East and endanger world peace.  He stated that the United Nations and even the allies of U. S. condemning this aggressive move in one voice along with all Arab and Muslim countries, is a warning against the insanity of Donald Trump.
The historical fact that Jerusalem is home to sites holy to the Muslim, Jewish and Christian faiths cannot be altered either by Israel or U. S. Its eastern sector was captured by Israel in 1967 war and annexed in a move which was not recognized internationally.  Palestinians want the capital of an independent state of their own to be in the city, part of which Israel captured by force.  The status of Jerusalem must be determined with involvement of Palestinians in the framework of negotiations under the auspices of the United Nations
The fact that no country so far has the embassy in Jerusalem points to futility of Israel’s claim to it as the capital. E. Abubacker hoped that the newly emerging situation will lead to unity among Arab-Muslim countries that are being entrapped in the divisive designs of U. S – Israel collusion in Middle East region 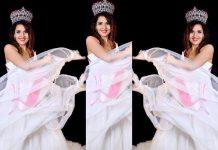